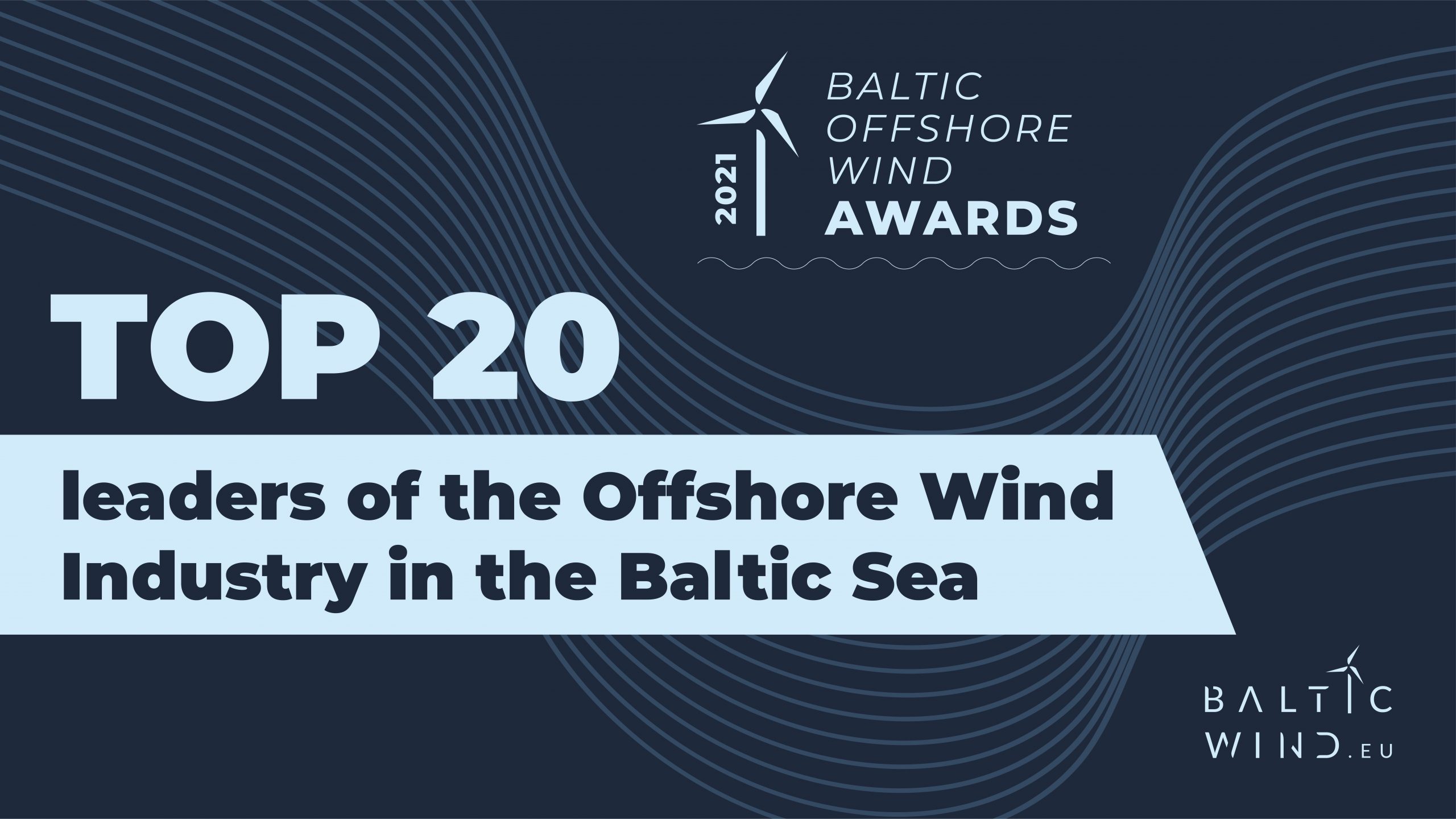 With this award we want to recognise the TOP 20 Leaders of our industry who have had the biggest impact on offshore wind development in the Baltic Sea region in the past year.

We want to recognise exceptional people who focus on innovation and out-of-the-box solutions in their business. Those who are constantly looking for new opportunities for development, inspiring others to act and who consistently build their personal brand and lead projects supporting the development of regional cooperation in the offshore wind energy industry in the Baltic Sea region. 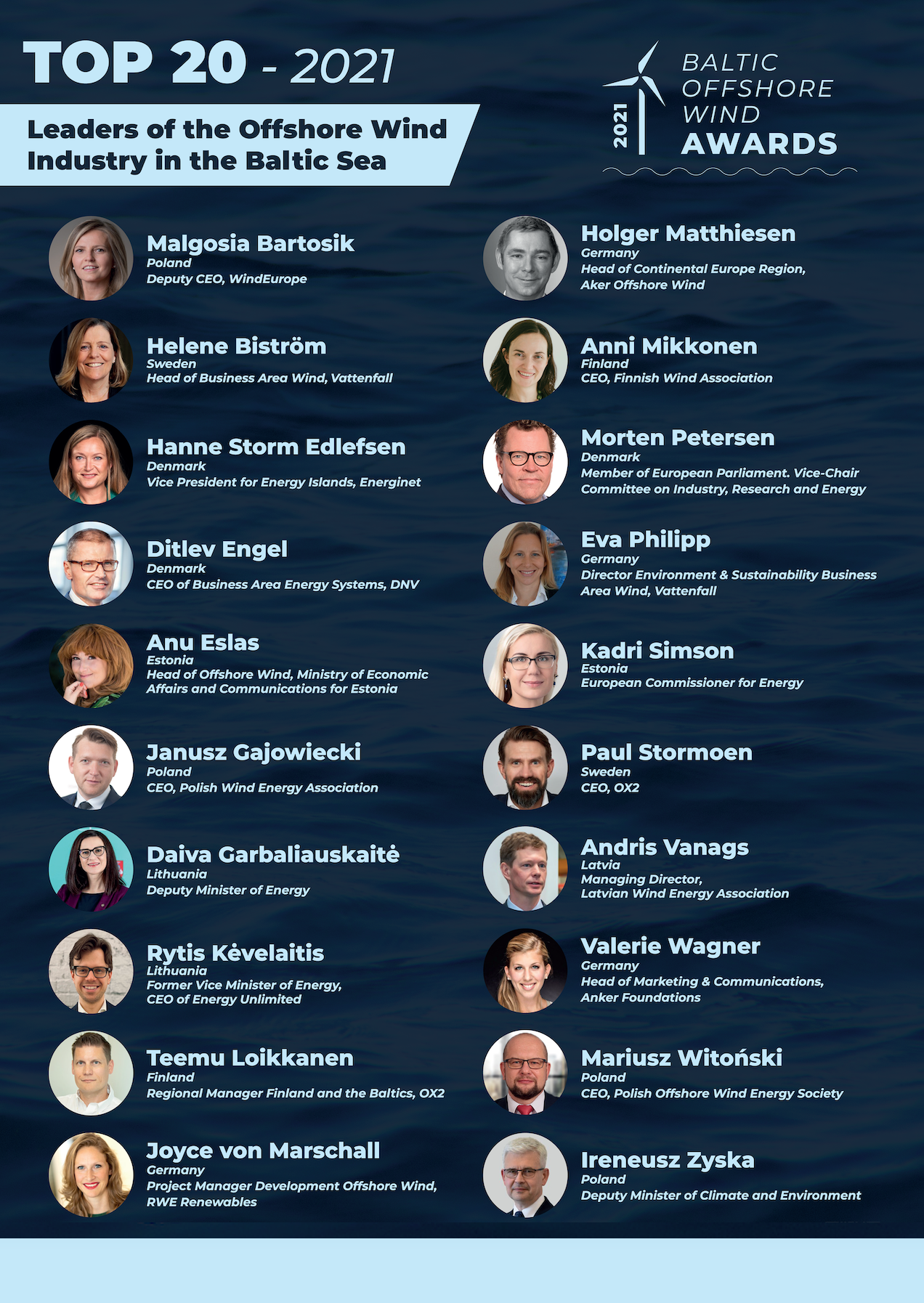 Our selection was based on an extensive list of nominations submitted by BalticWind.EU readers. Many of the submissions contained elaborate supporting comments. Thank you very much for all of them.

The final selection of the winners was made among the BalticWind.EU editorial board. We are certain that this list highlights those who have had the greatest impact on the development of our industry over the past year 2021.