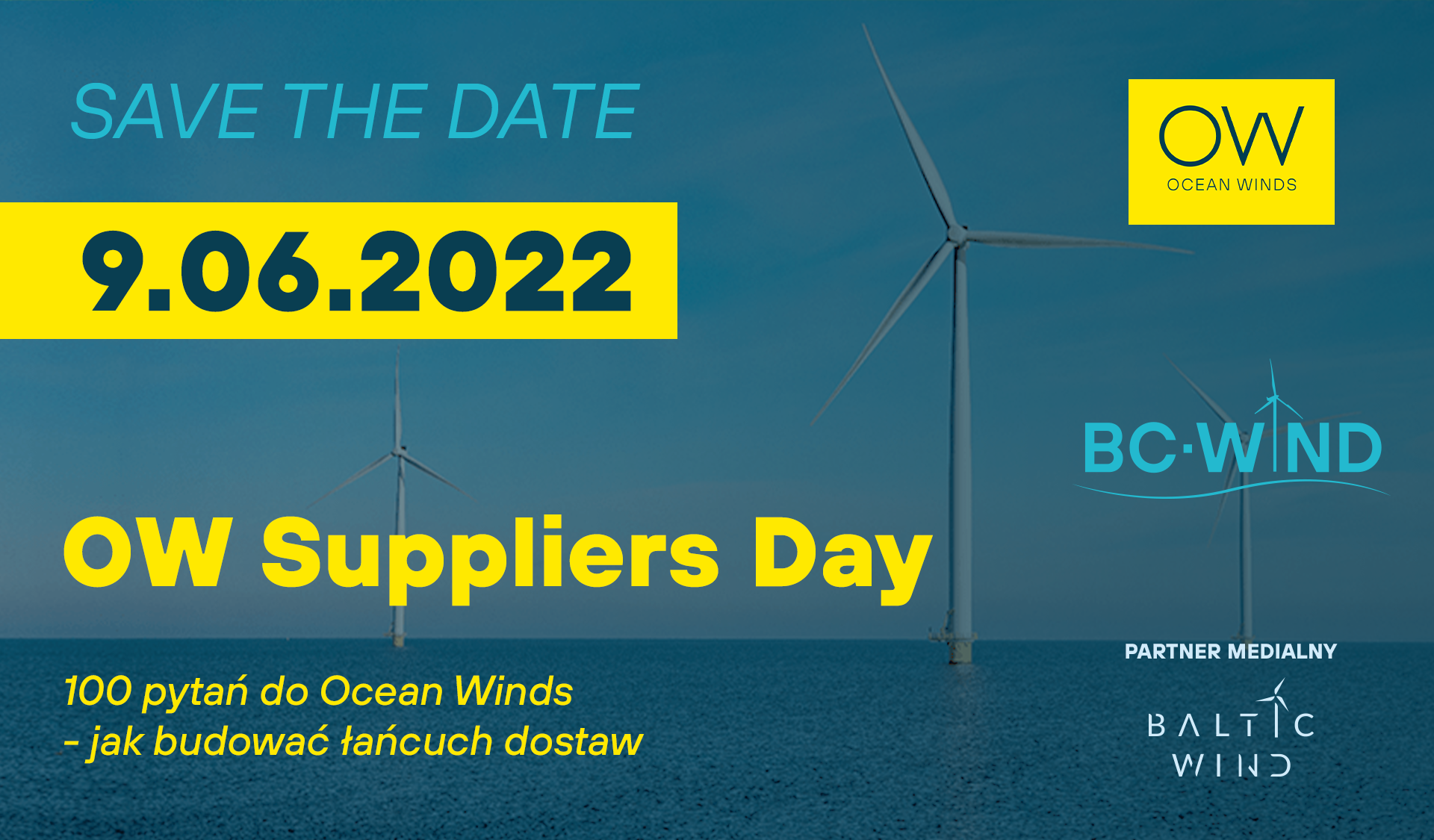 Ocean Winds Suppliers Day: 100 Questions for OW – How to Build a Supply Chain

On 9 June 2022, a hybrid Suppliers Day will be held, i.e. a meeting of representatives of the leading investor Ocean Winds with potential suppliers of services and components for offshore wind farms in Poland.

Ocean Winds is one of the largest and most experienced global offshore developers present on the Polish market. The company is an undertaking of EDP Renewables (EDPR) and ENGIE. As of 2019, the company is developing offshore wind projects globally – in markets in Europe, Asia and the United States. It is a leader in the most innovative technologies, including floating offshore platforms. OW confirms that the Polish market is one which is treated as a priority. The company declares long-term presence and cooperation with domestic suppliers.

Ocean Wind is the owner of the BC-Wind offshore wind farm project, which will be developed in the Polish waters of the Baltic Sea. The investor has exclusive rights to build offshore wind farms in two adjacent locations. The offshore wind farm project has been developing since 2012. In September 2020, the project obtained conditions for connection to the power grid with a total capacity of 399 MW. In March 2021, the investor signed a grid connection agreement and in May this year, they entered into a preliminary lease agreement to use the port of Władysławowo as a service port for their investment. OW’s global position gives Polish companies a unique opportunity to cooperate not only within the national supply chain, but also to access offshore projects developed around the world.

Suppliers Day, organised on 9 June, will be an opportunity for suppliers to obtain information on the development of the BC-Wind project and to get in direct contact with the developer. We will present, among other things, an example of how OW builds the so-called local content in the British market, as well as what the procurement policy looks like, including the principles of contracting goods and services. The meeting will be held in the form of “100 questions to OW”. The developer invites you to send your questions in the registration form [link]. They will be answered by the representatives of the company.

The application limit for on-site participation has been reached. We invite you to participate online.