Estonian media reports that the Ministry of the Environment has approved the environmental impact assessment (EIA) program for the Saare offshore wind farm. The wind power plant, with a capacity of up to 1400 MW, will be installed in the waters off the western side of the island of Saaremaa. The EIA program was prepared by Roheplaan.

According to the EIA program, the capacity of the wind installation will reach a maximum of 1,400 MW, which will be provided by 100 wind turbines. The diameter of the wind turbine rotor is expected to be 250-280 meters, resulting in a maximum wind turbine height of up to 310 meters. 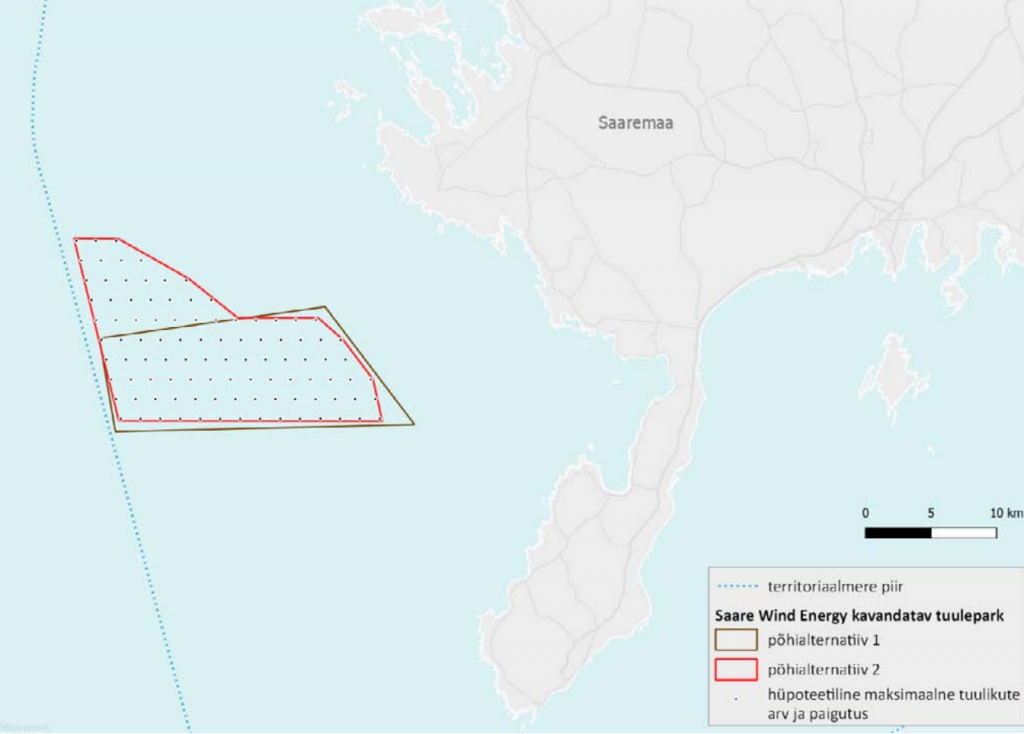 The investment will be implemented by Saare Wind Energy OÜ, which has been developing the project since 2015. The cost of the investment is estimated at EUR 1.7 billion. In late 2017, the company applied for permits to build an offshore wind farm. ERR reports that in 2019, the government refused to grant the permit because of the threat to public and national security from Saare Wind Energy. The investor appealed the decision. As a result, a compromise was reached between the government and the investor, based on which the original decision was cancelled. In May 2020, the government began the permitting process for the offshore farm.

A year ago in October, a Dutch company Van Oord Saare Wind Energy acquired a minority stake of 30 percent shares in the offshore farm project. Van Oord is a family business with 150 years of experience in international marine construction. Its main focus is on dredging tasks, infrastructure development in the Netherlands and the construction of offshore wind, oil and gas infrastructure. Vand Oord is based in Rotterdam.

Seabed surveys are currently underway in the area of the offshore wind farm planned off the coast of Saaremaa. Construction work is expected to begin in 2026 and be completed in 2028.