BalticWind.EU was an institutional patron of the 7th Energy Congress organised by the think-tank DISE Energy. Our representative, Managing Director Paweł Wróbel, together with industry representatives and experts from the offshore wind sector, discussed the development of offshore wind energy in Poland. They all agreed that the road to the planned 11 GW is still long, but also full of challenges

Kamila Tarnacka, Vice President of the Polish Wind Energy Association summed up the state of offshore wind energy development in terms of regulations. The market basis was the adoption of the Act on the Promotion of Energy Production from Offshore Wind Farms. In September, the Polish industry signed the Polish Offshore Wind Sector Deal. Poland has ambitions to develop 11 GW, which is provided for in the Polish Energy Policy until 2040. Poland still has a lot of legislative work ahead of it, as a number of regulations governing the construction of wind infrastructure have not yet been adopted. At present, the development of offshore wind in Poland is blocked by lack of ports for handling investments, permitting procedures and excessive regulatory requirements. The key four regulations have still not been adopted.

RES targets will be developed on a regional scale, Poland has to be prepared for it

“The direction of cross-border cooperation in the development of RES at sea is an element that we have to expect and already take into account in Polish strategies”,  said the representative of BalticWind.EU.

– At this stage the Commission proposes a requirement of cooperation on the level of pilot, international projects. In the context of the perspective until 2030 we should expect that this element will be obligatory. Cooperation and hybrid projects are the direction that will dominate and gain importance – explained Wróbel. 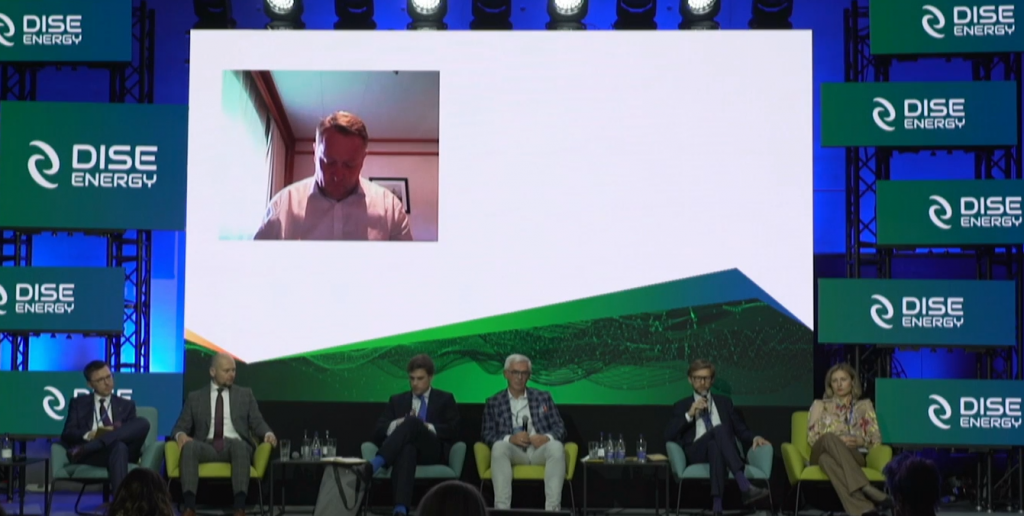 Jarosław Broda, President of the Management Board of Baltic Power (ORLEN Group) emphasized that at this stage no farm has been installed in Poland yet and the road to 11 GW is very long. “There are still many obstacles to overcome in Poland. There is a need for human resources and specialists. There is also supply on the part of producers. – It is important that the pipeline is constant, and that we do not stop after 11 GW. We have to spread these ambitions”, stressed Broda

The key element that will have a significant impact on obtaining financing is the alignment of all deadlines indicated in Polish regulations. There is a need to unify and synchronize deadlines. Broda pointed out that this seems to be a technical change, but one that is necessary in talks with e.g. banks. In Poland, the construction of connection covers about 20% of costs, and these are covered by the investor. However, Poland will be a new market, because there is no possibility of transferring the experience from abroad on a 1:1 scale. The maximum price for electricity from an offshore wind farm, which is the basis for settling the right to cover the negative balance in the first support phase is 319.6 PLN, which is below the market demand.

Michał Kołodziejczyk, President of the Management Board of Equinor Polska, emphasised the importance of the offshore wind act. – Let us hope that it will not be a “forever renewable” act, he said. There are several elements, which the investor could change. Globally, inflation is problematic. It would be beneficial to introduce price indexing in a CFD differential contract. When applying for support in the first phase, investors did not know what the price would be until the last day. – There were applications made basically blindly. The risk is growing, and the price is quite high today,” said Kolodziejczyk.

Equinor is a precursor of meetings with suppliers in Poland (Supplier Days). “There are companies that already operate in the offshore wind market, as well as suppliers who are waiting for the legal regulations in Poland to normalize. Bottlenecks in the area of permits need to be streamlined in Poland. Transparency in building regulations is also important. – We are able to build the infrastructure, but we don’t know according to what standards. We don’t know these details yet”, he said.

Katarzyna Suchcicka, Country Manager of OX2, emphasized that new technologies such as offshore wind energy, hydrogen, green hydrogen, large-scale energy storage will be determinants of effective energy transformation in Poland. OX2 plans to participate in the second phase of offshore wind energy development in Poland. The Swedish company is currently developing 9 GW projects in the Baltic Sea, with a target of 25 GW.

Pawel Niedzielski, sales director at Nokia Solutions and Networks, said there is a communication water and desert around the offshore wind industry. There will be more and more data and this challenge has to be met. Technologies and solutions are changing, different investors are coming in. The company is seeing a move towards radio transmission, broadband data transmission, creating private telecommunications systems. There is no such infrastructure at sea, the question is: how to provide it?