DNV: The offshore wind energy market in Poland is evolving and our role is to support it

The independent assurance company DNV was selected to certify the Baltic Power offshore wind farm project – one of the first offshore wind farms in Poland. We talk with company representatives about the prospects for the development of this sector in the Baltic Sea, the challenges of the newly emerging offshore wind market and the essence of the certification in the process of building wind farms.

Currently, Poland does not generate electricity via offshore wind farms, but has ambitious plans for its development. In February 2021, the first law on offshore wind energy in the country entered into force, specifying plans that will make Poland the largest offshore wind energy market among the Baltic countries. Its goal is to install 5.9 GW in offshore wind energy until 2030 and increase it to 11 GW until 2040 and around 28 GW until 2050. One of the first investments under this plan is the Baltic Power wind farm, which is to be located approximately 23 km north of the Baltic coast, near Łeba and Choczewo. The project is carried out by the Polish energy concern PKN Orlen and the Canadian Northland Power. The farm will have a maximum capacity of up to 1.2 GW, generated by up to 100 wind turbines. It will be able to provide clean electricity to up to 1 million Polish homes. The construction is currently scheduled to start in 2023, and the wind farm is to be commissioned in 2026.

DNV said in the commentary for BalticWind.EU that they are very pleased to provide certification for Baltic Power and address all challenges. „The biggest challenge is however the fact that Polish offshore wind is an emerging market with the whole supply chain including formal regulations being formed as we speak. From a technical point of view, DNV is proficcient with offshore wind in the Baltic Sea and we are happy to share that mature experience with Baltic Power”, said DNV. 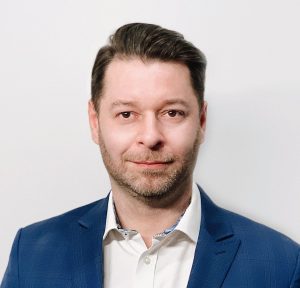 Marek Roszak, Market Area Manager for Poland and Baltics in DNV, is convinced that Poland will take a chance of offshore wind development.

“This is the normal next step in being more independent from the typical energy sources and to put more effort into renewables in accordance to the Paris Agreement, European Green Deal and others. The offshore wind market in Poland is evolving and our role is to support it”.

Roszak said that the development of offshore wind in Poland and Baltic Sea region is a huge opportunity for the company. DNV is currently involved in projects covering the entire renewable energy value chain, such as onshore, solar, wind and others, as well as distribution and transmission of power and new energy solutions such as storage and hydrogen.

“For us, the creation of the emerging offshore market is quite important. It is crucial for us in the global picture. The key priority is creating the market and observing the lessons learned from the other markets – sharing our competencies, experience and knowledge. For DNV,  a situation like we currently have in Poland and other Baltic countries is a huge opportunity to build and support the market”.

On the other hand Roszak explained that the Baltic offshore wind market is similar to any other market. In new markets like Poland the lack of knowledge and experience is always the biggest challenge in moving forward,  but usually thre is a solution to this problem. „Markets which are willing to learn and make use of the experience from other countries are open for discussion about the future of energy – it is necessary to build and create. Environmental, technological and legal knowledge is needed to build a new offshore wind market”.

„In Poland, legislation is still under creation in many aspects in regard to the offshore wind energy sector. The regulations which are not yet set, are,  for example, those with respect to evacuation of energy, next environmental issues, geostudies and similar”.

He said that at first sight, practically everything is a challenge, because the Baltic Sea is a new market. „We need to learn and be flexible”.

„We really have the opportunity in Poland, because it seems that the first three projects – Orlen together with Northland Power, PGE together with Orsted and Polenergi with Equinor – showing us, that there is a big interest in our market”.

Certification in practice means that DNV experts examine very closely each detail of the project, from design stage, through manufacturing, installation and commissioning. Experts explained in the commentary for BalticWind.EU that in other words, certification is a way to cross check independently and fully if relevant requirements are satisfied.

“As such, certification is critical from developers’ and investors’ perspective. The key pillar reasons for this are noticeable: certification reduces project risks considerably while at the same time increasing investment confidence and quality, certification provides objective evidence to all stakeholders (authorities, insurance, public, etc.) confirming the project maturity at each stage. In consequence, the end-effect of certification is the ability to produce sustainable power over the design lifetime of the power plant”, said DNV.

Certification typically covers the development phase including site conditions assessment and design of the wind power plant, construction phase including manufacturing, transport, installation and commissioning. Finally, certification may cover the operation and maintenance phase as well. Project certification goes hand in hand with the real project execution, so its timeline depends from the developers’ planning and execution. DNV certification progresses continuously and accommodates every challenge encountered by the project team.

“The Baltic Sea, for example in Poland’s offshore zone, certainly comes with other environmental conditions than the North Sea. Soil and wind conditions are different as well. The Baltic Sea has its challenges too, take for instance floating ice load, which must be taken into account during the certification process, or less available data in comparison to measurements done so far at the North Sea. DNV experts, also located in Poland, consolidate know-how from all seas around the world, making it possible to utilize always up-to-date knowledge to the project best benefit” – DNV explained. 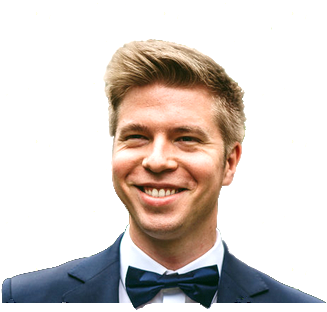 „In real life certification goes in parallel to the development process. Each time, case by case, project by project it differs, because different developers have particular experience and methodologies to design and manufacture. An important advantage for DNV customers is that we develop through the process together”.

„We think that Poland is making a good move at a very right time now. In DNV we are pleased that we are participating in the development of the Polish offshore wind energy sector. The meaningful thing to say about the certification is to understand why that single paper in the end, that particular certificate with the DNV stamp, is so important. The DNV certificate truly represents an enormous experience of generations of experts in various technical fields. The DNV certificate which you can hold in your hand is actually a proof of the investment maturity”.

“In DNV we have a saying that embodies our values: we care, we dare, and we share. In the Polish context we care about Poland’s development, so we do participate, for instance in the Polish Offshore Wind Sector Deal working groups. We dare to see Poland developing offshore wind energy as a leading European country and finally we share our DNV experience accumulated for decades and being constantly up to date with industry know-how and needs”, said Słodzinka.

Competence is the key to quality

„We in DNV participated in the certification processes on other emerging offshore markets like France, US and Taiwan. We want to bring that experience to the Polish energy markets too. That is another advantage of our certification experience. We provide investors and all stakeholders with confirmation of the proper advancement of the project. When they are working with DNV they can be sure that we take the best of our experts, and there are hundreds of them”, Słodzinka explained.

He added that academic background is very important. DNV is convinced that everyone in the company speaks the same technical-language. „On a technical level, responsibilities and safety considerations obviously need to be communicated. In DNV we facilitate a lot of technical expertises from different disciplines. A Technical University will be a good starting point. If you join DNV, then you develop in a systematic and structured way. The strength of DNV is  thesharing of knowledge from one generation of engineers to another. For us this is very important.”

In turn, Marek Roszak stressed that nothing will teach you how to start working on technical matters in any project other than experience.

“Our Polish market approach should be the same. Most of the Polish offshore professionals from different companies are coming back from abroad, where they gather the experience and knowledge of processing. More studies, training and other means of education will help, but it is not a substitute for experience”, said Roszak.