Polish company PGE Baltica, has started measuring wind, wave, and sea currents for the Baltica 1 offshore wind power plant, which will be built in the Baltic Sea. The survey will be conducted by EOLOS Floating LiDAR Solutions.

The measurement campaign will begin in the second half of May 2022 and will last approximately two years.

The investor states that the Baltica 1 offshore farm project with a capacity of approx. 1 GW is being implemented on schedule. The offshore wind plant is expected to begin its operation early in the next decade. The project has obtained a location permit and conditions for connection to the transmission grid.

Baltica 1 is one of three offshore wind farm projects currently being developed in the Baltic Sea by Polish investor Polska Grupa Energetyczna. The offshore power plants Baltica 2 and Baltica 3 are expected to start operating between 2026 and 2027. 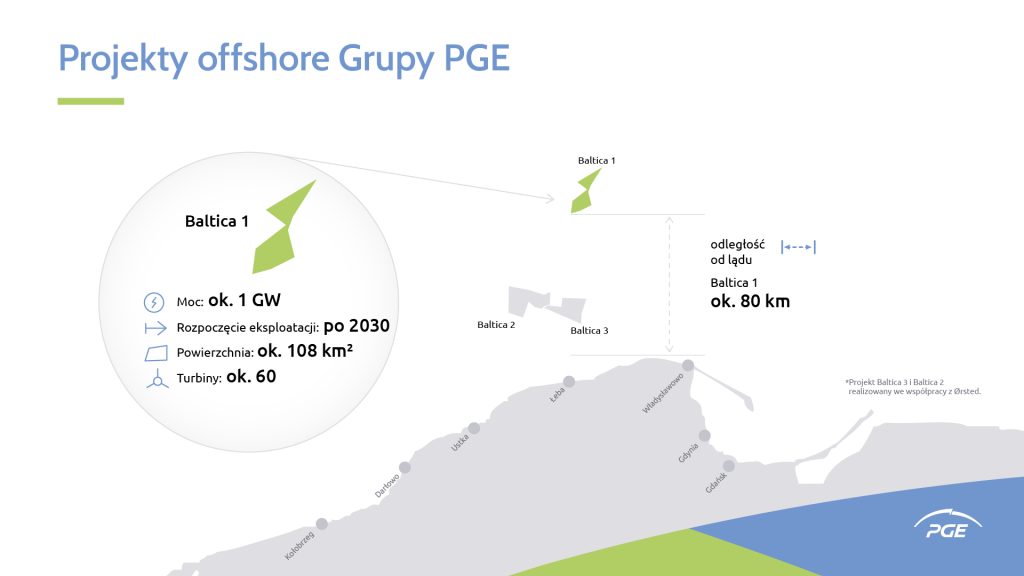 The survey campaign for the Baltica 1 wind plant will use LiDAR (Light Detection and Ranging) technology mounted on a floating buoy. As the developer explains, the technology uses light from a laser beam that reflects off suspended particles in the air and returns to the device. By analyzing the reflected signal, the device estimates the speed of the air masses moving over it. The equipment used allows wind surveys to be performed more than 200 meters above sea level. Additional sensors mounted on the buoy also allow us to measure wave movements and currents.

The floating LiDAR system used by EOLOS in their survey campaigns is prepared for the task at the company’s facilities in Barcelona. At the beginning of May it will set off from there on its way to Władysławowo.

Posted by
PGE Baltica
The PGE Group is currently developing three offshore wind farm projects in the Baltic Sea. Two of them are the Baltica 2 and Baltica 3 offshore power plants, which constitute the Baltica Offshore Wind Farm with a total installed capacity of approx. 2.5 GW. Its operational launch is planned for 2026-2027. At the same time, PGE is preparing the construction of the third project - the Baltica 1 offshore power plant, which is to be put into operation after 2030, and its installed capacity will be approx. 0,9 GW. By implementing further offshore wind farm projects, PGE intends to fulfill its strategic goal of achieving at least 6.5 GW of offshore generation capacity in the Baltic Sea by 2040. PGE Baltica is the group’s subsidiary responsible for implementing the offshore program of PGE.