Finnish company Metsähallitus has announced that Timo Laakso will lead the Korsnäs offshore wind farm project in the Baltic Sea.

Timo Laakso has been appointed the Project Manager of the offshore wind farm and Managing Director of Korsvind Oy. He was previously the CEO of Naps Solar Systems, a photovoltaic company. He has over 20 years of experience in the renewable energy sector, including wind energy. Timo Laakso will hold this position on 1 August 2022. 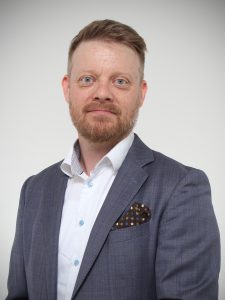 “I am very happy to be part of one of the most important energy projects in Finland. Offshore wind energy is a future-oriented development area for which the regional waters of Finland are very well suited. There is an offshore wind energy boom going on around the world, and being at its the center is very exciting. The Korsnäs project is also important for the well-being of the regional economy and in this respect it meets stringent sustainability requirements. I look forward to working on this project together with other Metsähallitus experts”, says Timo Laakso.

The planned offshore wind farm project off the coast of Korsnäs, 15-30 km offshore, will have a nominal capacity of 1300 MW. The capacity of individual turbines is estimated at 12-20 MW. By comparison, the largest onshore wind farms in Finland have a capacity of 6 MW.

The Korsnäs offshore wind farm is estimated to produce about 5,000 GWh per year, which is equivalent to more than half of Finland’s total wind energy production in 2021. Energy production is expected to begin by the end of the decade. Metsähallitus is currently looking for an invstigation partner.

Located in Finland’s territorial waters, in an area of public waters, the project will have a significantly positive impact on the regional economy. The offshore wind farm will provide funds from property taxes to the municipality of Korsnäs. The value of the property tax is estimated at several million euros per year.