The cross-border environmental impact assessment consultation for the planned Baltic Offshore Beta offshore wind farm in the Swedish Exclusive Economic Zone in the Baltic Sea was open for participation until 28 February 2022.

Comments could be submitted 4-28 February 2022 as part of a cross-border consultation on the construction of an offshore wind farm in Sweden.

The German Federal Maritime and Hydrographic Agency (BSH) has announced that by letter of 17 January 2022, the Swedish Energy Agency has sent plans for the “Baltic Offshore Beta” offshore wind farm in the Swedish Exclusive Economic Zone for German transboundary participation in accordance with Article 5 of the Convention on Environmental Impact Assessment in a Transboundary Context (Espoo Convention).

What do we know about the project? The Baltic Offshore Beta offshore wind farm is being developed by NJORDR Offshore Wind, a joint venture between VINDKRAFT VÄRMLAND and NJORDR. Founded in 2021 and headquartered in Karlstad, the company is focused on offshore wind farm projects, among them – Baltic Offshore Beta. Both companies have been involved in the development and permitting processes for a number of wind energy projects in Sweden and Norway for several years.

The Baltic Offshore Beta offshore wind farm will be constructed in the southern part of the Baltic Sea, approximately 60 km southeast of Karlskrona. The project area covers 570 km2 and has the potential to provide about 3340 MW of installed capacity with an annual production of just over 14 TWh. The area is estimated to be well suited for offshore wind energy. It has good wind conditions with an average wind speed of 9.6 m/s at an altitude of 160 m and meets all criteria. It is outside of all types of habitats, fauna, and fisheries that have been identified as vital to the national interest in Sweden.

The water depth varies from 55 to 80 meters. The planned wind farm is located in a low-oxygen bottom area northeast from Bornholm. The bottom is dominated by till and glacial silt. In order to increase the opportunities for offshore wind development in the Baltic Sea, the transmission system operators (TSOs) from Germany, Sweden, Denmark, Finland, Estonia, Latvia, and Lithuania have jointly launched the Baltic Offshore Grid Initiative, which will create joint grid plans in the Baltic Sea and between the different countries around the Baltic Sea. Baltic Offshore Beta is strategically well located and has potential connections to most countries. 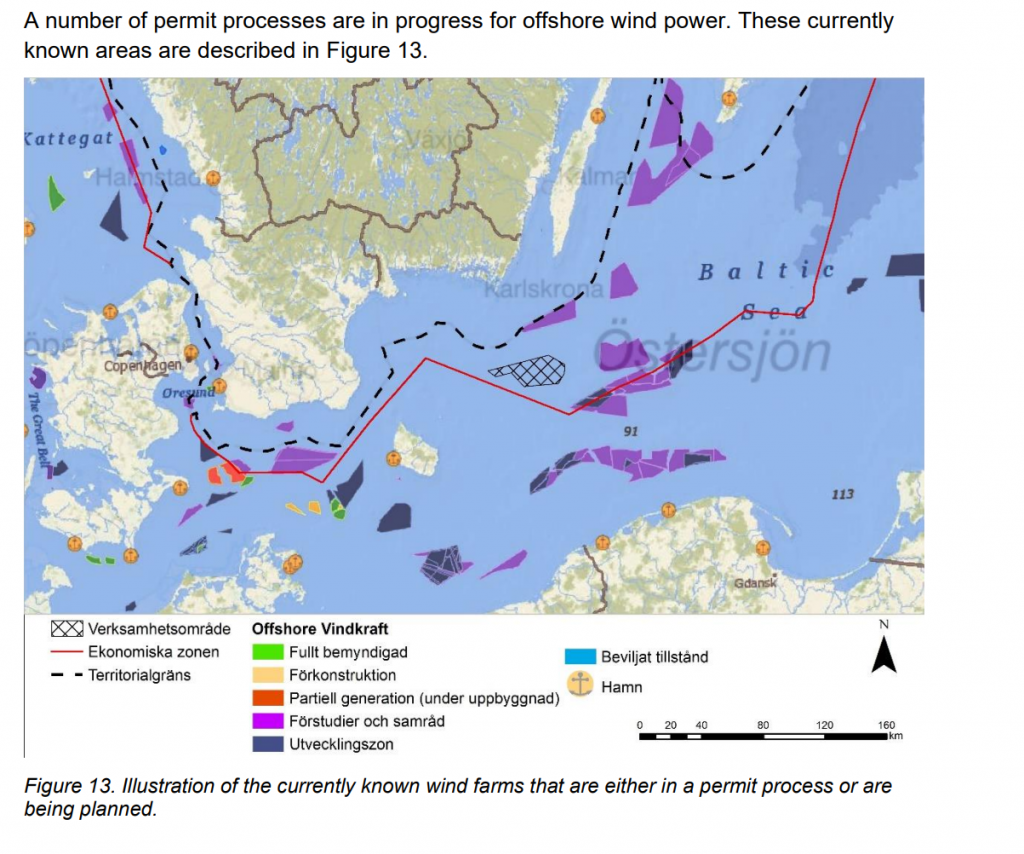 The plan is to install up to 240 wind turbines. Current schedule indicates that the construction of Baltic Offshore Beta will not begin until 2030 at the earliest. There are already offshore wind turbines with an installed capacity of 15 MW, and industry projections suggest that 20 MW turbines are likely to appear around 2025. As the developer points out, they decided to base its production analysis on a conceptual turbine with an installed capacity of 20 MW. This therefore reflects a somewhat conservative analysis of future technological development. This turbine has a rotor diameter of 263 m and an overall height of up to 300 m. Note that the proposal is for wind turbines with an overall height of up to 330 m, which is also used for visual impact analysis.

Smulders and Haizea to cooperate in Baltic Power