“It would be good for the next Finnish government to clarify the legislation on economic water areas, so that the operators would get an earmarked area for the development of offshore wind power project. Projects of different operators located in the same area mean double work in environmental impact assessment and seabed research. This is a waste of resources. The company should be allowed to reserve the area for itself even before the investigations are started,” says Anni Mikkonen, CEO of the Finnish Wind Power Association.

New offshore wind power projects are expected to be launched in regional waters, i.e. in the sea areas of the Finnish state, in 2023 and 2024, when Metsähallitus tenders project operators for the selected sea areas. FWPA feels it is important that Metsähallitus, in its monopoly position, develops projects with a large volume instead of individual projects.

“The principles of offshore wind power’s property tax reduction have already been presented to the parliament, but the final legislative change was not scheduled to be completed this government term. It is a critical factor for improving the economic profitability of offshore wind power,” says Mikkonen. 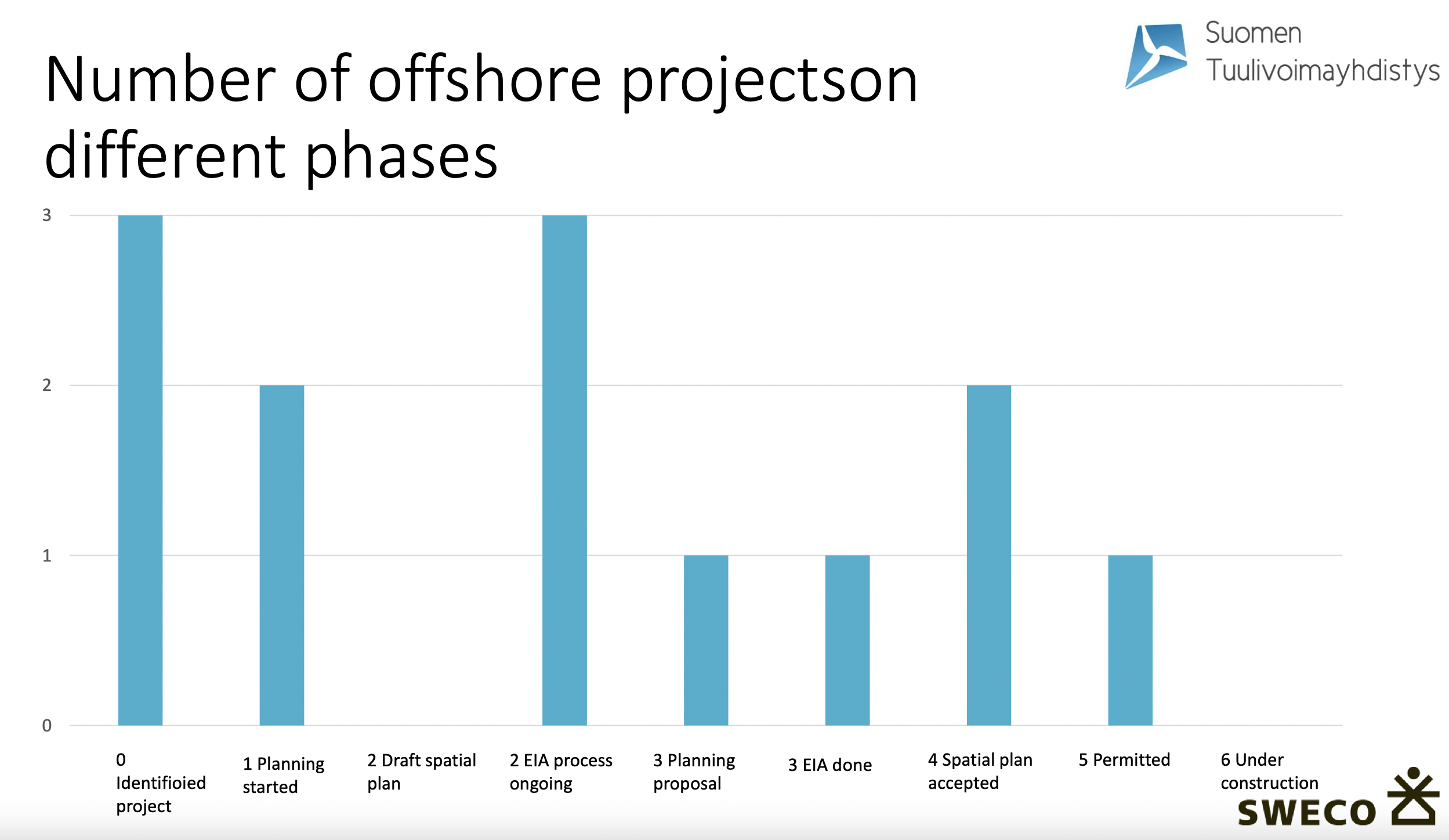 Finland’s energy self-sufficiency and security as well as the electrification of industry, transport and heating as well as P2X solutions require a lot of new, clean, domestic electricity production.