Recently, BalticWind.EU has published many publications on the emerging offshore wind energy sector in Lithuania. We spoke to government decision-makers such as Deputy Minister of Energy Daiva Garbaliauskaitė, industry representatives such as Urtė Daškevičiūtė from the Lithuanian Wind Energy Association, and Aistis Radavičius, an independent expert. Currently, in Lithuania, regulations are being created that are the basis for the development of an offshore wind farm with a capacity of 700 MW. For example, the Lithuanian Energy Ministry informed that on Wednesday, August 4, 2021, the government supported the ministry’s motion to adopt regulations supporting the development of offshore wind energy. The regulations concern the conditions for the main tender and the scope of the contest winner’s liability.

„Klaipėda‘s port is already adapted and we have sufficient infrastructure.”

– “The process of the preparation for the construction of an approximately 700-megawatt wind farm in the Baltic Sea has already started. Last year Lithuanian Government made the decisions necessary for offshore wind development – a wind farm with a capacity of up to 700 MW is planned to be constructed until 2030 in a Baltic Sea territory nearly 30 kilometres from the shore. Offshore wind, which is one of the most efficient and promising energy sources, will make it possible to increase local power generation from renewable sources” – says Rotautaitė-Pukenė.

She adds that the territory planned in the Baltic Sea for the wind turbines covers an area of 137.5 km2, with a distance from shore of approximately 29 km, an average water depth of 35 m, and an average wind speed of approximately 9 m/s. Investors in the wind turbines in the Baltic Sea will be selected by tender. The tenders for the development and operation of these power plants in the marine territory are planned to be organised in 2023.

BalticWind.EU asked the Port of Klaipeda about the biggest challenges in the development of offshore wind and the adaptation of the port to the offshore wind sector. „We do not see big challenges, because Klaipėda‘s port is already adapted and we have sufficient infrastructure”, says Rotautaitė-Pukenė.

„We do believe that the development of the offshore wind sector in the Baltic Sea is an opportunity for the Lithuanian maritime industry. We also think that the development would give a boost for the establishment of a wind farm maintenance base in Klaipeda port. It would be encouraged to identify new business niches related to the assembly or even production of components required for power plants, logistics, maintenance, etc.” 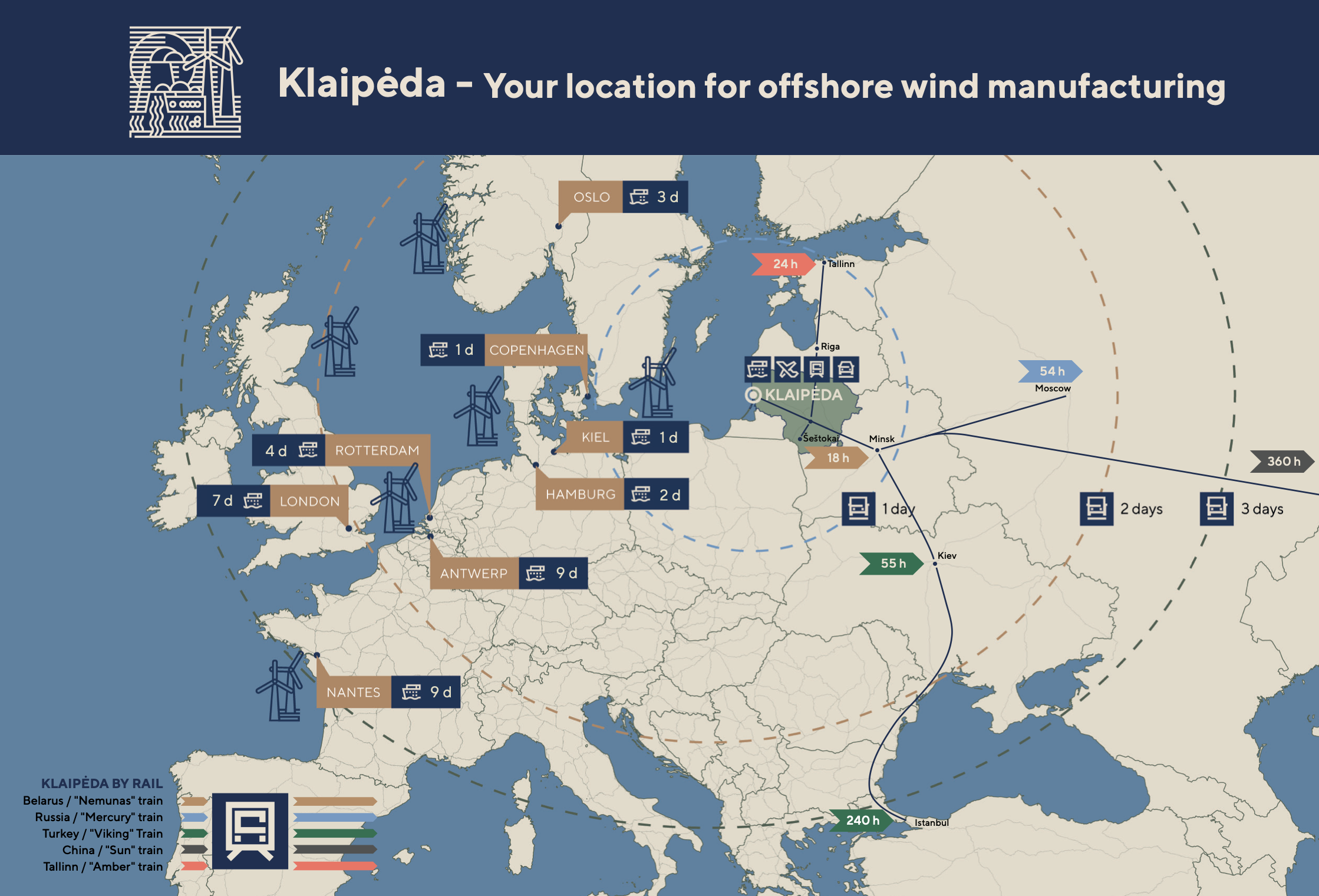 Lithuania is the most attractive location for manufacturers in Europe and second in the world (according to the Manufacturing Risk Index by Cushman & Wakefield, 2018). 18 percent of the Klaipeda region labour pool works in the manufacturing sector. There is 270 companies in maritime sector in Klaipeda. The port is indicated in the information brochure that Klaipėda is the EU’s most profitable port, offering deep-water, ice-free port services 24 hours a day, 7 days a week all year round. Now in Klaipeda are a lot of companies associated with the wind sector like Enercon, BOTC, Western Shipyard BLRT Grupp, Devold, Jupiter Bach and Diab.