Raahe will produce hydrogen through wind turbines. A pipeline in the Baltic Sea to be built

The Finnish town of Raahe has been identified as a suitable site for the industrial production of hydrogen (H2). A hydrogen pipeline is planned for the northern part of the Baltic Sea. The hydrogen itself could be produced using energy from renewable sources, including offshore wind power.

Raahe is located on the northern coast of Finland. The City has committed to significant emission reductions as part of the Carbon Neutral Communities Network. Raahe is actively involved in exploring opportunities to promote hydrogen business in the region. Studies have shown that in terms of location, conditions, and demand, Raahe has good conditions for hydrogen production and storage. An extensive study commissioned by the City of Raahe and conducted by Ramboll Finland Oy showed that the area has room for an industrial-scale hydrogen production plant, for which three alternative locations were identified.

– According to the European Hydrogen Backbone study, an extensive European hydrogen transport network is to run through Raahe. In the future, it will connect Raahe to a large international hydrogen industry, comments Pasi Pitkänen, Director of Raahe Region Development.

Raahe intends to become a significant sustainable industrial center and hydrogen production center in the BotH2nia hydrogen zone by connecting to a hydrogen pipeline across the Baltic Sea.

RISE Research Institute collaborates with Luleå University of Technology (LUT) in Sweden, VTT Research Center in Finland, and the University of Oulu in Finland. The institutions are working on preliminary studies for the construction of a hydrogen pipeline in the northern Baltic Sea. It would start in Raahe and end in Luleå, before continuing to Kiruna and Skellefte.

An SSAB steel factory is already operating in the city. By the end of the decade, the manufacturer wants to produce steel without fossil fuels by using hydrogen technology.

Production will be supported by wind turbines, including those at sea

Producing green hydrogen requires a large amount of electricity generated from renewable energy sources. Raahe currently produces the third largest volume of wind power in Finland. The hydrogen will be produced sustainably using electricity supplied by, among other things, OX2’s investor-owned Halla offshore wind farm project. The farm will be located in the exclusive economic zone (EEZ) adjacent to the cities of Oulu and Raahe. It will consist of up to 160 wind turbines that will provide about 12 TWh of carbon-free energy annually. This production would cover 18 percent of Finland’s electricity needs in 2020 (66 TWh), OX2 reports. The planned area of the wind farm is approx. 570 km2. The project’s environmental impact assessment procedure was initiated in 2021. 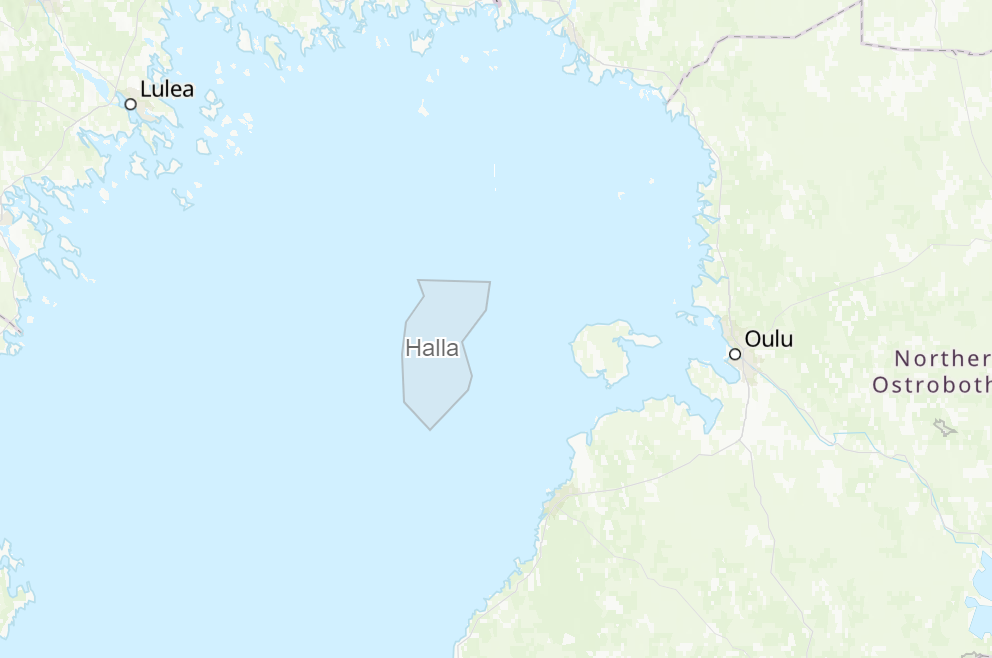 OX2 expects permitting procedures and studies associated with the project to take until the end of 2025, and construction itself could begin in 2029. Electricity production will not begin until after 2030.

The developer notes that the location of the Halla wind farm near Raahe creates opportunities for collaboration with SSAB, a company that aims to produce steel without using fossil fuels. One of the options is that the connection to the grid will be made directly at SSAB’s steel mill, reads the investor’s website.