Swedish developer wpd Offshore has completed a comprehensive marine geophysical surveys at the site of the planned Eystrasalt Offshore farm. Clinton Marine Survey conducted the research on behalf of the investor.

The marine survey was conducted using the fuel-efficient vessel Northern Storm. This avoided 1723 tons of CO2 emissions compared to a conventional survey vessel.

Eystrasalt Offshore is an offshore wind farm project located in the Swedish economic zone in the Bothnian Sea, approximately 60 km off the coast of Gävleborg at the hight of Hudiksvall. The project is operated by wpd Offshore Sweden AB, which plans to submit a permit application for up to 256 turbines with an estimated installed capacity of 3.9 MW in Q4 2022. Its total capacity could be 3-4 GW. 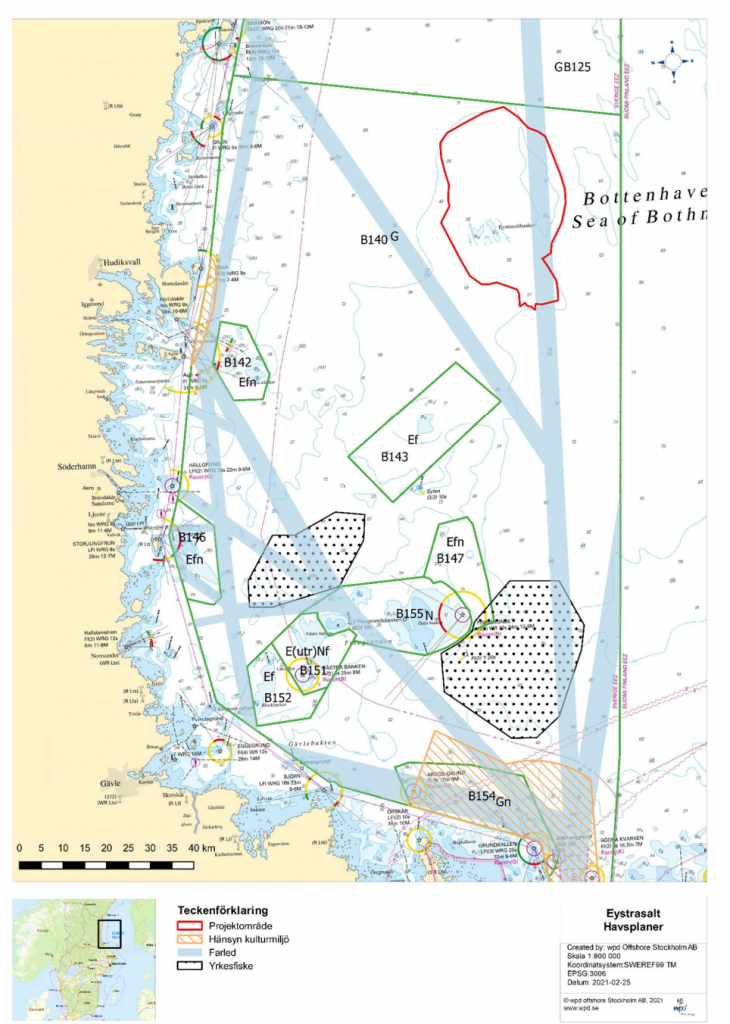 The Eystrasalt Offshore plant is expected to produce about 15 TWh annually, which is more than 10 percent of Sweden’s current electricity production.