The procedure for participation in the Hansa PowerBridge submarine cable project was initiated for the continental shelf bilge in Germany’s exclusive economic zone in the Baltic Sea.

Hansa PowerBridge is a planned 300 kV high-voltage direct current transmission line (HVDC) between Germany and Sweden with a total length of approximately 300 kilometers. The route of the planned undersea cable runs for about 105 kilometers, including about 25 kilometers in the German exclusive economic zone.

The German Federal Maritime and Hydrographic Agency (BSH) is now accepting applications from representatives of public institutions in a participatory procedure. Requests are made in writing, as the procedure authority has decided not to hold a hearing. BSH sent a letter to all representatives of the public center, environmental organizations, and interested third parties to participate in the proceedings.

BSH has started the approval procedure in accordance with German regulations for the construction and operation of the Hansa PowerBridge cross-border submarine cable as a 300 kV direct current cable between Germany and Sweden, according to an announcement from German system operator 50Hertz. 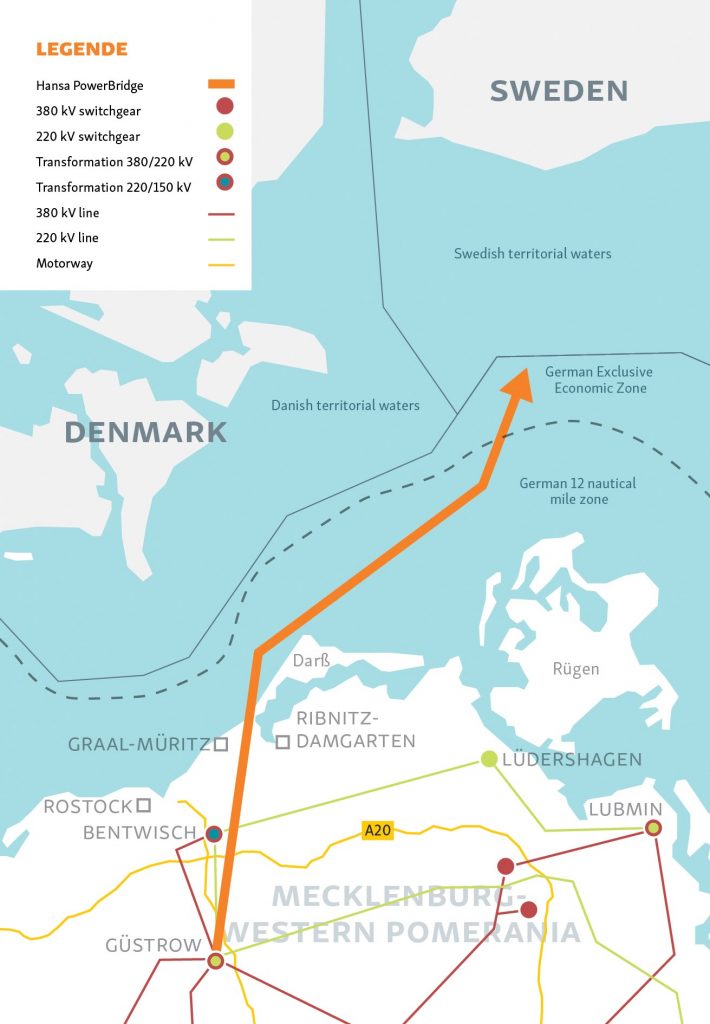 – The start of the last of five approval procedures for Hansa PowerBridge means that we have reached an important milestone for the entire project, says Thomas Hartung, project manager in the operator licensing department of 50Hertz.

The details of Hansa PowerBridge are set out in a cooperation agreement that was signed by transmission system operators Svenska kraftnät and 50Hertz in 2015.

Prior to the signing of the cooperation agreement, feasibility studies showed concrete benefits for the network areas of both countries and Europe. The Swedish market can benefit from surplus electricity generated by wind farms located in northeastern Germany. Conversely, electricity from Swedish hydropower plants can be fed into the German grid when wind conditions on the continent are poor.