OX2 plans to build Aurora, an offshore wind farm in the Baltic Sea in the Swedish economic zone

RES developer OX2 is planning to build an offshore wind farm in the Baltic Sea in the Swedish economic zone. The Aurora wind power plant will be located 20-30 km off the coast of Gotland and Öland. Its capacity may reach 5.5 GW, while wind turbines – 15-25 MW.

According to the developer’s website, the wind farm is named Aurora, which comes after the goddess of dawn in Roman mythology. The wind installation is expected to generate about 24 TWh, equivalent to the electricity consumption of about 5 million households. With Aurora, the Swedes will be able to reduce carbon dioxide (CO2) emissions by more than 14 million tonnes per year. By comparison, Sweden’s total emissions in 2019 were about 50 million tonnes. 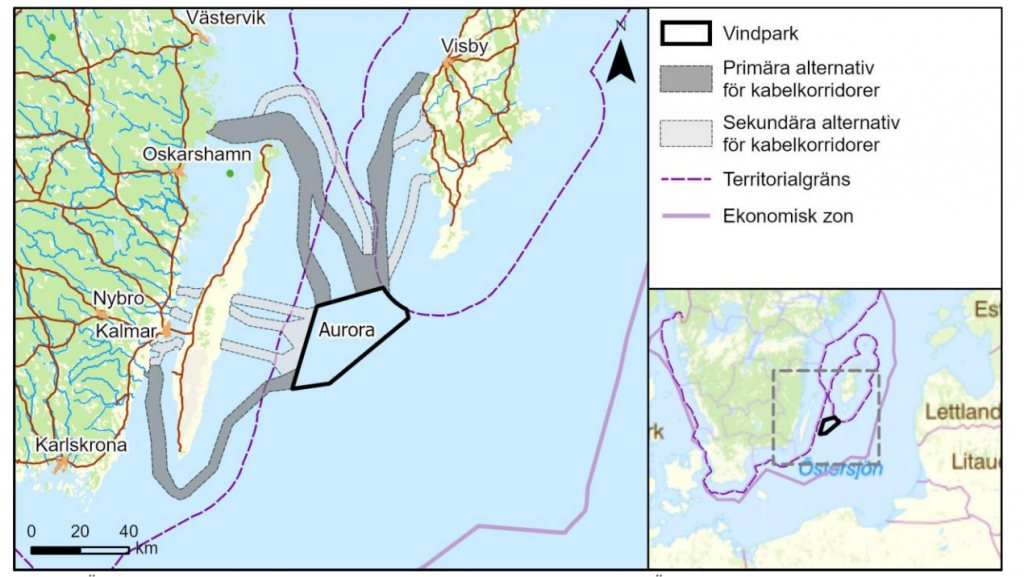 The wind farm will be located off the coast of Gotland and Öland, at a distance of approximately 20 and 30 kilometres from their respective coasts.

Consultation meetings were held on 26 October in Runsten, Öland and on 27 October in Burgsvik, Gotland. Comments were to be sent to the consultation until 17 November 2021.