Poland’s first installation terminal to be located in Świnoujście and a turbine factory to be built by Vestas in Szczecin are two new investment projects now afoot in connection with the Baltic Power offshore wind farm.  The joint venture project between the ORLEN Group and Northland Power will require 76 state-of-the-art 15 MW turbines from Vestas, whose components will be manufactured at the supplier’s new assembly factory in Szczecin. The turbine factory, to be manned by a staff of up to 700, is scheduled for completion in 2024, while the ORLEN Group’s installation terminal at the Port of Świnoujście will commence operations in 2025.

“Since we launched preparations for our first offshore wind farm project, we have consistently sought to fully tap the potential of Polish economy. The decisions to build an installation terminal in Świnoujście and a new turbine factory in Szczecin prove that offshore wind farms promise not only to revolutionise the national energy system, but can also provide a major boost to economic development of the whole region. In addition to the already advanced Baltic Power project, we have also applied for 11 new licences to construct other offshore wind farms within Polish waters of the Baltic Sea. This is an enormous opportunity for our suppliers, as well as other cities, such as Gdańsk, where another installation port is to be located, and Łeba, where a service port will be built by 2025. Strategic infrastructure investments and experience gained from engaging in joint projects with global leaders are the road to build a new, promising sector of Polish industry,” says Daniel Obajtek, President of the PKN ORLEN Management Board

The ORLEN Group’s investment in an installation port to be constructed at the Port of Świnoujście is crucial from the point of view of the time frames of both the Baltic Power project and future projects to be undertaken by ORLEN Neptun within Polish waters of the Baltic Sea by 2040. Parts delivered for installation to the approximately 20-hectare terminal site will be offshore wind farm components, including turbines manufactured by Vestas. Each of the two available wharves will enable initial installation of wind turbine towers more than 100 metres high, weighing about 1,000 tonnes each. The length of each wharf (250 metres) will suffice to accommodate the operation of the largest specialised jack-up vessels currently available for installing offshore wind farm components. The port is expected to commence operations in 2025, and will employ around 100 people during the installation work.

“Our objective is to create a fully versatile port, as our response to the expectations of investors looking to link their businesses to the Ports of Szczecin and Świnoujście. We are all the more pleased that the renewable energy industry has recognised that potential. We expect the terminal to enter the operation phase in 2025, handling the installation of about 80 offshore wind turbines per year,” says Krzysztof Urbaś, President of the seaports authority Zarząd Morskich Portów Szczecin i Świnoujście SA.

The first project to be delivered with the support of the installation terminal in Świnoujście will be Baltic Power, a joint venture between the ORLEN Group and Northland Power. Thanks to a determined effort of a team of nearly 90 experts from 10 countries, it is now the most advanced project within Polish waters of the Baltic Sea. The company has already secured all key components of the offshore wind farm through a partially local supply chain.

“Our success drivers for an offshore wind project are to ensure local content and that they provide  long-term legacy for the communities where we develop, construct and operate. This is Northland’s key approach  reflects our core values. Today’s announcement is a testament to our collective progress and achievements that will not only advance our Baltic Power project, but will accelerate Poland’s energy transition and will boost the local economy for years to come,” noted Mike Crawley, President & CEO of Northland Power.

The Baltic Power wind farm will feature 76 turbines, each with a capacity of 15 MW, to be supplied by Vestas. These turbines are currently at the cutting edge of what is available on the market, and Baltic Power will be one of the world’s first wind farms where they will be deployed. The contract with Vestas provides for the supply and installation of the turbines and the provision of a full range of maintenance services for up to 15 years. In addition, recognising further development potential of the Polish offshore wind sector, the company has decided to locate its new assembly factory in Szczecin.

„The wind industry helps to create sustainable and resilient energy systems as well as a wide range of social and economic advantages through job creation across the value chain. The recent announcement on the Baltic Power Offshore Wind Project and today’s announcement for a new factory are concrete examples of the value that the wind industry offers. I would like to express my thanks to our customer and all involved stakeholder who enabled this project,” adds Nils de Baar, President of Vestas Northern & Central Europe.

The new Vestas factory will assemble turbine nacelles and hubs. The facility, located in the region of Western Pomerania, will supply manufactured components to the Polish and global markets. The factory is expected to start operations in the second half of 2024, providing between 600 and 700 jobs. Thus, it will be the largest manufacturing plant in Poland linked directly to the offshore wind sector.

The Baltic Power farm, with a capacity of up to 1.2 GW, will be located about 23 kilometres off the coastline, near Choczewo and Łeba. When completed in 2026, it will be able to generate clean energy for more than 1.5 million households. 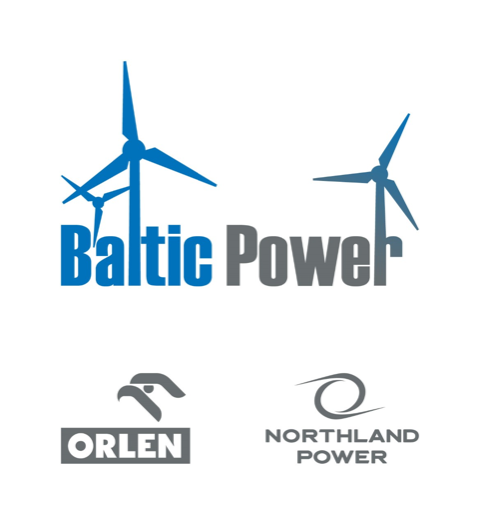