Germany: broad agreement to reach 30 GW capacity target in the Baltic and North Sea by 2030

The German Federal Ministry for Economics and Climate Action has announced new targets for offshore wind energy. The plan is to accelerate offshore investment in the North Sea and the Baltic Sea – to reach a target of 30 GW in 2030, 50 GW in 2035 and even 70 GW by 2045.

The agreement was concluded on the 3 November 2022 between the German Federal Government, the federal states of the Hanseatic City of Bremen, the Hanseatic City of Hamburg, Mecklenburg-Western Pomerania, Lower Saxony, North Rhine-Westphalia and Schleswig-Holstein, as well as the transmission system operators 50Hertz, Amprion and TenneT.

It was agreed that from 2027, the annual tenders will be increased in principle to 4 GW. This will allow 50 GW to be reached by 2035. An important aspect of the agreement is also that the federal and state governments commit to providing their authorities with sufficient resources so that not only offshore wind farms, but also offshore connection lines can be completed quickly.

As the industry comments, the areas for 50 GW in the North Sea and the Baltic Sea, as well as their chronological sequence, should be from now on determined as soon as possible in the planning process.

In a WAB e.V. press release, Heike Winkler, the Managing Director, says –“The current area development plan of the Federal Maritime and Hydrographic Agency contains concrete plans for areas with an installed capacity of less than 37 gigawatts. Subsequent areas must therefore be identified quickly and arranged in a sensible chronological order to plan the supply chain accordingly”. 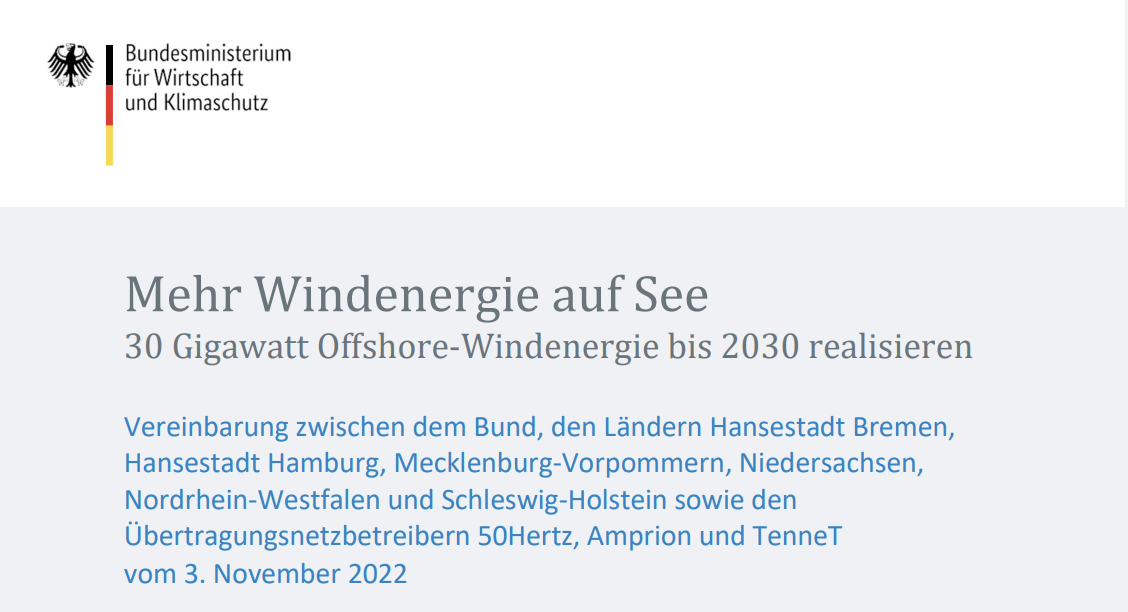