Siemens Gamesa has recently announced that their SG 14-222 DD offshore wind turbine prototype, which is the world’s largest in operation, has set a new world record.

The prototype turbine produced 359 megawatt-hours within a 24-hour time period, which according to Siemens Gamesa, is comparable with energy needed to drive 1.8 million kilometers in a mid-sized electric car. The company informs that the turbine is released for continuous full production in order to proceed with further testing. Such news and records are a great source of inspiration for the offshore wind energy sector globally, promising better results and higher capacities.

Turbine prototype has a capacity of 14MW, with a possibility to reach up to 15 MW with its Power Boost technology. As explained in the interview with Peter Esmann, Senior Product Manager, and Sidse Legaard Jensen, Commercial Product Manager, after a launch of the turbine in 2020:

The Power Boost function is a wind turbine control feature that increases (boosts) power based on real-time monitoring of the site-specific conditions. For turbines equipped with Power Boost, this functionality is always active. What we have seen in our fleet analysis is that the Power Boost feature is active more than 98% of the available time, and thus ready to produce up to 15 MW power for this turbine. 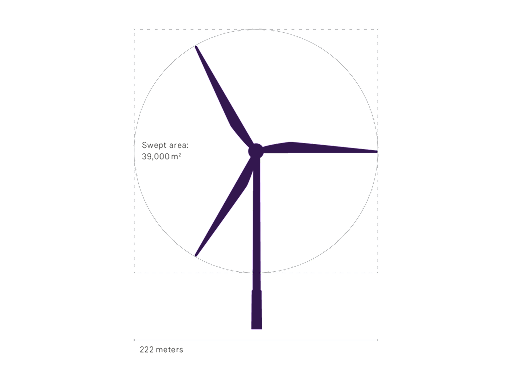 In November 2021, Siemens Gamesa installed the prototype in their testing center in Østerild in Denmark, and the first energy was produced last December. The turbine features a 222 meters rotor diameter and 108 meter-long blades with a swept area of 39,000 m2. According to Siemens Gamesa calculations, the power generated by 30 of such turbines could cover the annual demand for electricity in the Spanish city of Bilbao. 60 14-222 DD turbines are already contracted for the Moray West offshore wind project in Scotland, to be commissioned in 2024. 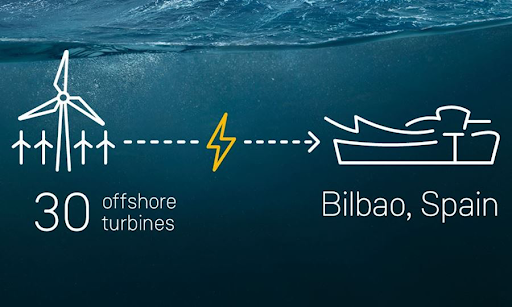