On 30 August 2022 the Heads of Governments and Energy Ministers of the 8 countries around the Baltic Sea signed the Marienborg Declaration. They committed to new volumes for the build-out of offshore wind in the Baltic Sea and agreed to cooperate more closely on it and on energy more broadly  .

The Baltic Sea has enormous potential for offshore wind. Today it has just 2.8 GW of installed capacity. The 8 countries have now committed to increase that to 19.6 GW by 2030. And they plan to consider a 2040 target at a later stage.

Germany and Denmark are the only Baltic countries with large-scale wind farms in the Baltic Sea and they are determined to further increase their capacity. The other countries are eager to follow soon. Poland wants to have 6 GW by 2030 and 11 GW by 2040. Finland wants to have its first large-scale wind farm online by 2026-2027 and another one by 2028. In Sweden 15 GW of projects are currently applying for permits. Some could be online before 2030. And Estonia, Latvia and Lithuania all want to commission their first offshore wind farms before 2030 too.

It is crucial that the Baltic region builds out its renewables. Much of the region has been dependent on Russian energy imports until recently. Installing more offshore wind will accelerate the phase-out of Russian fuel and increase the region’s energy security. The 8 countries have explicitly acknowledged this today in their joint declarations: one at Prime Ministers and the other at Energy Minister level.

The Marienborg Declaration indicates: “The Baltic Sea holds a substantial but largely untapped potential for offshore wind, which can accelerate the phase out of Russian energy by replacing fossil fuels through for example electrification, increasing renewable fuels, diversifying and decarbonising gas-networks, increased sector integration and a green hydrogen economy, including necessary transmission and pipeline infrastructure. Development of adequate power generation capacities, stronger grids and interconnections while removing internal bottlenecks, alongside a well-functioning internal energy market will increase our resilience and energy security.”

It recognises the need to speed up permitting. Long bureaucratic processes slow down the realisation of projects. The commitments on wind will only be delivered if the permitting rules and procedures are simplified. And we need a strong European supply chain. For the development of offshore wind this also requires massive investments in offshore grid infrastructure, port facilitates and vessels.

Cross-border cooperation will also be of utmost importance. Germany and Denmark have already shown that cross-border offshore wind projects are possible with their Kriegers Flak project. And Denmark has ambitions to connect more of its offshore wind farms in the Baltic Sea to the German grid too.

It is great that the Governments agreed to explore joint cross-border renewable energy projects and identify further infrastructure needs to facilitate the expansion of offshore wind. Cross-border hybrid projects will also ensure more energy security by improving electricity flows. And especially for those countries not well interconnected with the rest of the European grid it will also bring down prices.

To reach climate neutrality by 2050 offshore wind needs to grow from 15 GW in the EU today to 300 GW by 2050. Over the same period the EU wants onshore wind to grow from 173 GW to 1000 GW. The European wind industry will continue to ensure the expansion of offshore and onshore wind goes hand in hand with the protection of biodiversity and in dialogue with local communities and other stakeholders.

WindEurope CEO Giles Dickson said: “The Baltic Sea will be a key part of Europe’s build-out of offshore wind. Today’s summit brings important new commitments from the 8 Baltic Governments. And it’s good they recognise the key role of cross-border collaboration. This’ll be essential, especially on grid development and maritime spatial planning. And it’s important the 8 countries support investments in the offshore wind supply chain and in ports and other logistics infrastructure, using the significant EU recovery funds that are available.” 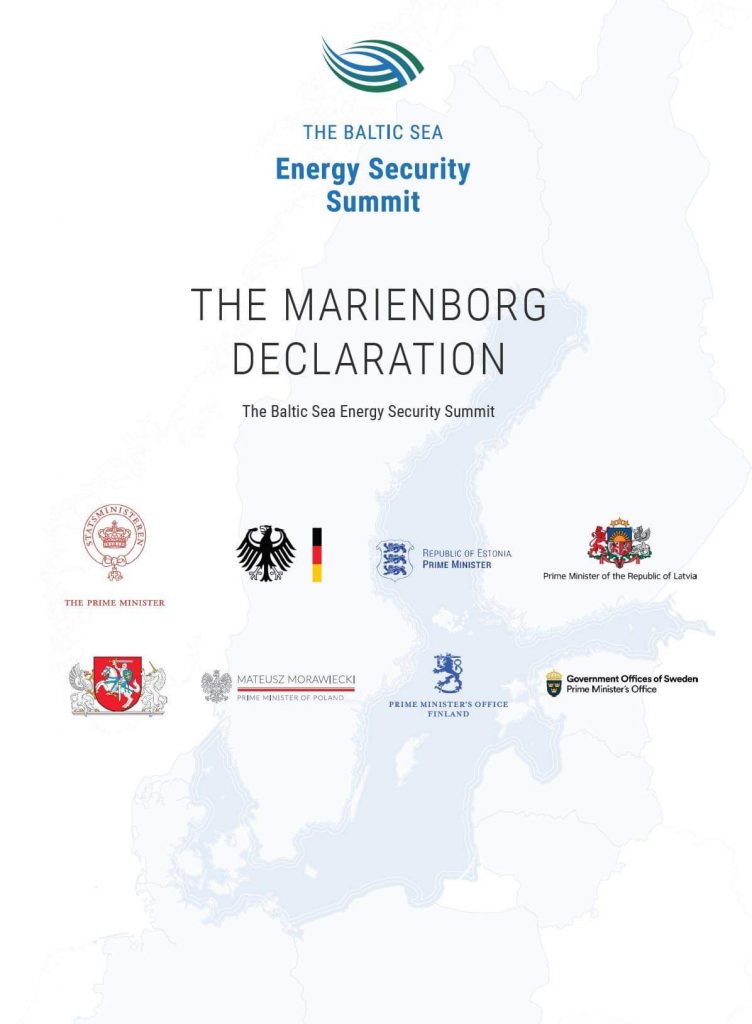