German energy company RWE has announced that geophysical and environmental studies for the Södra Midsjöbanken offshore wind project have been completed. This is RWE’s largest project in the Nordic region, involving the construction of an offshore farm about 100 km from the Swedish mainland towards the Polish border. The total installed capacity will be up to 1600 MW.

The RES developer has communicated that despite the harsh winter conditions in the Baltic Sea, the geophysical and environmental surveys were completed as planned, before the end of 2021, together with Dutch contractor N-Sea Group, with the assistance of the Hydrograf vessel crew.

We are happy to announce that the Geophysical and Environmental Survey for the Södra Midsjöbanken offshore wind project in Sweden has been completed! With a planned capacity of up to 1,600 MW, the wind farm will be able to deliver roughly 5% of Sweden’s electrical consumption. pic.twitter.com/rBP8fXHdul

The surveys covered the offshore area once the planned cable corridors.

– “The crew safely and efficiently completed a number of complex tasks in the face of challenging autumn weather, and acquired excellent data”, points out James Metcalf, project manager from N-Sea.

The project manager of RWE, Anton Andersson, stressed that the investor is very satisfied with the work done. The data collected on site will be used in the permitting process and further development of the offshore farm project.

According to the developer, if the permitting processes proceed as expected, the necessary permits could be obtained in 2024/25. The construction period is 2-3 years, which means that the wind park operations can start around 2029. The turbines will then produce up to 8 TWh of electricity/year for at least 30 years, which is roughly equivalent to all of Smaland’s electricity consumption in 2018, or 5 percent of total electricity consumption in Sweden. 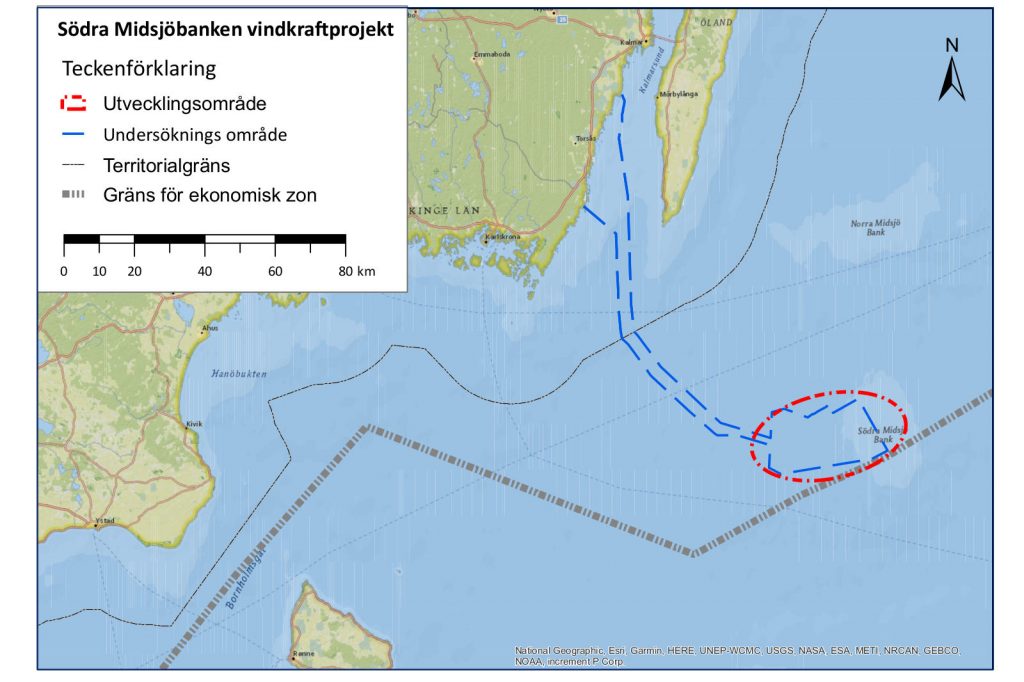 It is planned to install 120 wind turbines, while their height above sea level will reach up to 295 meters.

The area of the wind farm will cover 200 km2. RWE isconfident that it will be able to develop the designated area in good interaction with marine fauna and other marine stakeholders.