The developer Kustvind plans to build the Sydkustens wind farm in the waters of the Baltic Sea, 8-15 km from the coast in the territorial sea within the municipalities of Skurup and Trelleborg. Local authorities object to the offshore farm. According to the Swedish media, the investor will have to look for a new place for the installation.

Kustvind is a Skurup based company founded in 2013 that deals with the development of offshore wind farm projects. One of them is to be built 8-15 km from the south coast at the height of Symgehamn and Abbekas. The farm will have 25-33 wind turbines, depending on the choice of technology. The total installed capacity will be 500 MW, the estimated annual production is 2 TWh, which is enough to power 100,000 villas or 720,000 electric cars. The construction of the farm would start in 2027. 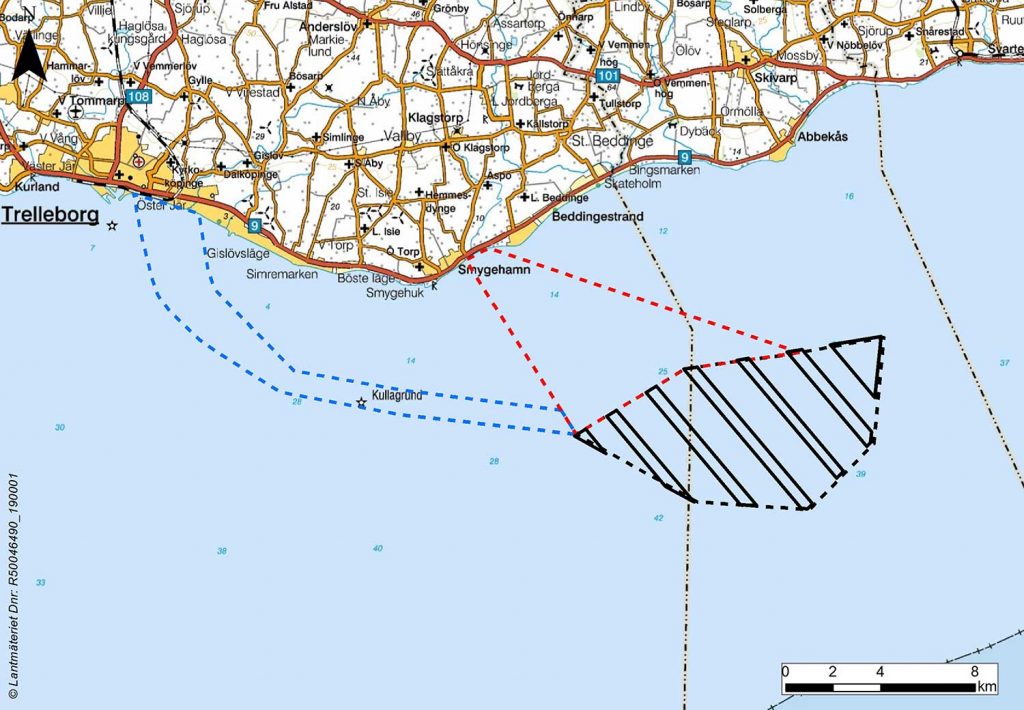 Swedish media such as Skanska Dagbladet reported that the Skurup municipality vetoed the investment. It turned out that a similar decision was made by local own in Trelleborg. The authorities and residents of the municipalities have a negative attitude towards offshore wind energy, which was expressed in the municipal referendum in 2002. This resistance has decreased over the years, but authorities are concerned about the deterioration of the landscape and the impact on business and tourism.

The Baltic Sea off the south coast has been identified by the Swedish Energy Agency as being of key national interest to the development of wind farms. The areas have good wind conditions and there is a suitable bottom under the water for turbine installations.

The Swedish media reported at the end of July 2021 that the authorities of the Swedish armed forces also expressed their opposition to the wind farm. Magnus Jiborn, CEO of Kustvind, is counting on a constructive dialogue.

Jibron points out to Swedish media outlets that the hasty rejection of the Kustvind wind farm is a blow to both future electricity supply and municipal hydrogen investments.