A new GWEC report points to the key role of floating offshore wind in global decarbonization efforts. Among the countries in the Baltic Sea region, Sweden has the greatest potential for developing floating technology.

In 2005, The Global Wind Energy Council was established to provide a credible and representative forum for the wind energy industry on a global scale. GWEC’s latest report looks at the growth potential of floating technology. Floating platforms are expected to increase the potential of using offshore areas for wind energy development.

The report outlines the huge role that floating offshore wind energy can play in the global effort to reduce dependence on fossil fuels such as gas, coal, and oil. This technology is critical to the global ambition of achieving climate neutrality by 2050.

The report focuses on five countries – Ireland, Italy, Morocco, the Philippines, and the U.S. – all of which have significant floating wind potential. The total technical potential of floating offshore wind power is 3861 GW.

These five countries are referred to as the “chasing pack” and, along with the most mature floating wind markets (the UK, South Korea, France, and Japan), could lead the next wave of floating wind. 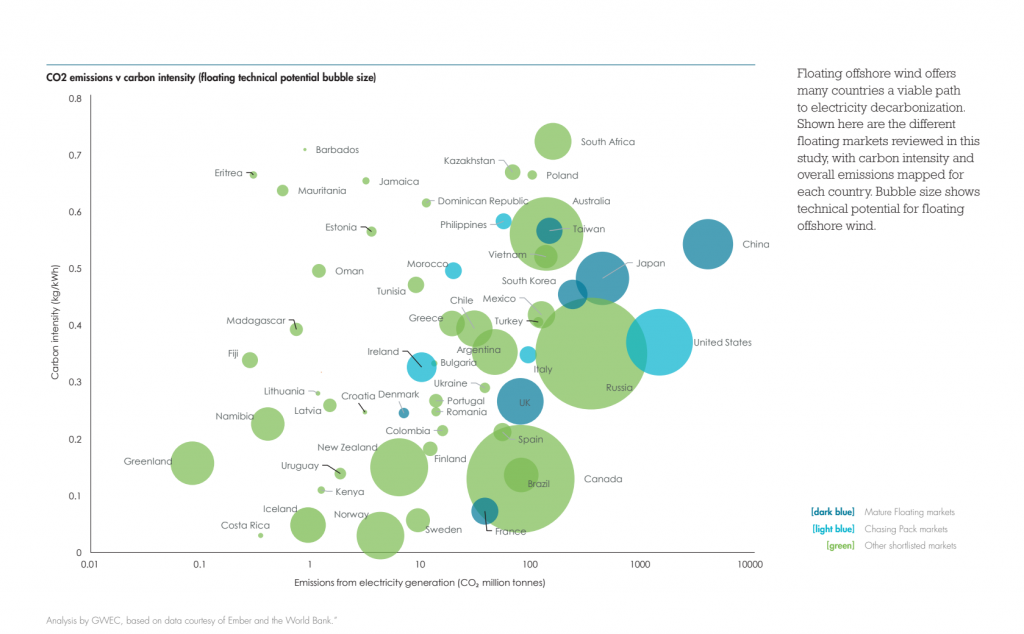 As we can see on the map, floating wind power also has technical potential in the countries of the Baltic Sea region – Sweden, Finland, Poland, Lithuania, Latvia, Estonia, and Denmark.

A report prepared by Aegir Insights points to the key role of political leadership in getting floating wind farm markets off the ground. This market is nascent, but it could be huge: 80 percent of of the world’s offshore wind resource potential lies in waters deeper than 60 m. For many countries, the technical potential of wind power plants is insufficient.

Sweden has the greatest potential in the Baltic Sea region

The report developed a set of criteria to assess market potential and readiness in more than 100 countries. From this long list, an initial short list of 30 countries was selected, all of which had the greatest global potential. Among them was Sweden. 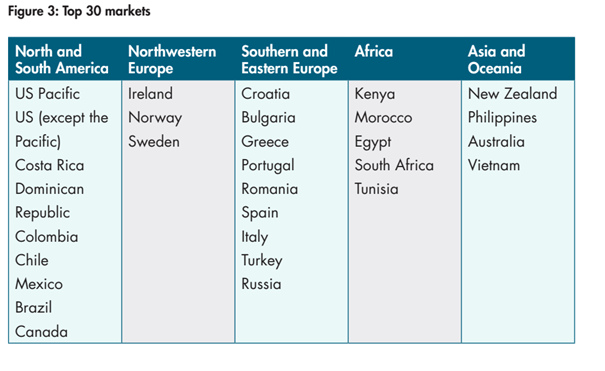 Top 30 floating markets according to GWEC 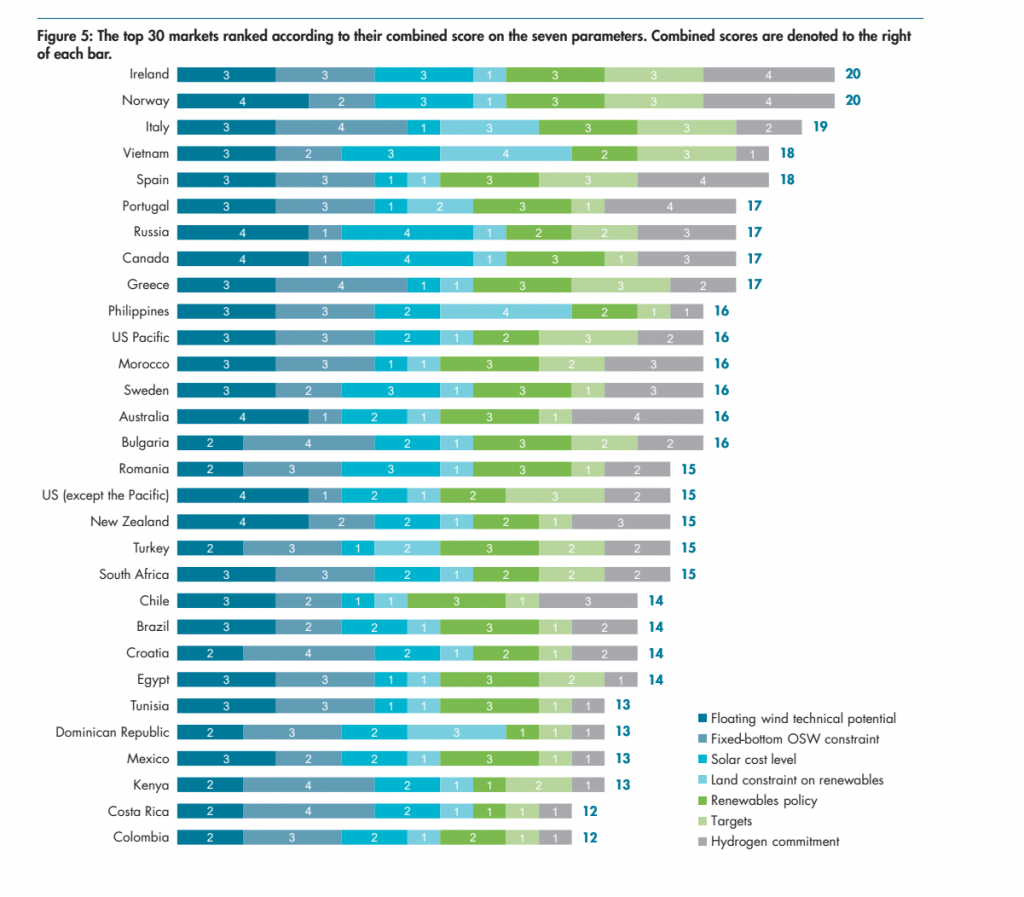 The top 30 markets ranked according to their combined score on the seven parameters. Combined scores are denoted to the right
of each bar | Source: GWEC

Floating offshore wind turbines are currently in the early stages of commercialization. Success in countries already committed to offshore wind development will result in rapid cost reductions, meaning that offshore wind will be within reach of second-generation countries.