8th DISE Energy Congress: “Offshore wind energy should be one of the pillars of energy security”

The 8th DISE Energy Congress in Wroclaw has come to an end. This year’s edition of the Congress was held under the theme “Security of energy supply in times of transition”.

For two days – September 28 and 29 – experts from the energy sector, politicians, ambassadors, scientists and experienced managers from Poland and abroad addressed the issue of the Polish energy sector. The congress was held under the honorary patronage of the Prime Minister, the Ministry of Climate and Environment, the Ministry of State Assets and the Energy Regulatory Authority, as well as the embassies of Norway, Denmark, Italy and the United Kingdom. 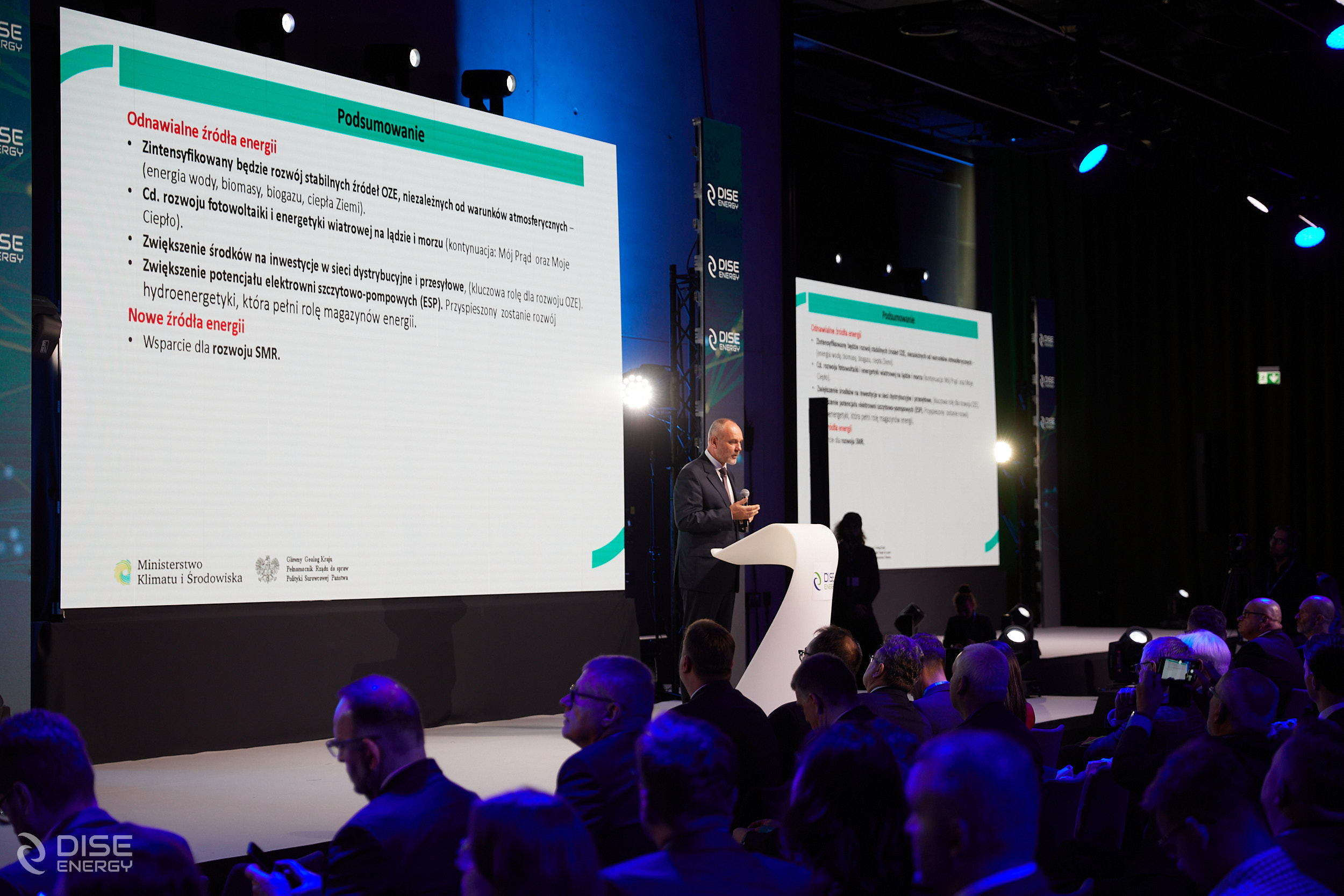 Security of energy supply and the challenges of Poland’s energy transition was the main theme of the congress, in which DISE prepared more than a dozen panels on key energy issues and investments in the 2050 perspective.

Participants discussed the challenges facing the energy sector, given the times that require a review of existing policies, due to the geopolitical situation, war and the energy crisis. Today, the issues of energy security, stable supply chains and strategic actions for the energy transition are becoming even more crucial.

Among the widely discussed topics was wind energy. Speakers discussed, among other matters, the removal of barriers concerning the location of onshore wind farms and prospects for offshore development. The latter included a special panel on “Offshore Wind Energy Potential in the Baltic Sea”, moderated by Paweł Wróbel, Managing Director of BalticWind.EU. The discussion was attended by Agata Staniewska-Bolesta – Managing Director of Offshore Poland Ørsted Poland, Ole Toft – Ambassador at Embassy of Denmark in Poland, Zofia Romanowska – Head of Regulatory Affairs at Ørsted Poland, Roksana Szymalska – Deputy Director of Regulatory Affairs, Equinor Polska, Andrzej Janiszowski – Vice President of the Management Board of ZE PAK and Szymon Kowalski – Vice President of the Management Board, Polish Wind Energy Association.

During the nearly two-hour conversation, the experts emphasized the energy potential of the Baltic Sea.

-83 GW is the power that can be installed in the Baltic Sea according to European Commission estimates. This is an important value for energy security, which we are talking so much about today, said Agata Staniewska-Bolesta – Managing Director of Offshore Poland Ørsted Poland, in her introductory speech to the discussion. – By comparison, today’s total power in the Polish system is just over 50 GW. – This is the way to become independent from gas and other resources – this is incredibly important nowadays, she stressed.

The participants of the debate also referred to the Marienburg Declaration, signed at the end of August, in which the leaders of the 8 countries of the Baltic Sea region declared their willingness to accelerate offshore investments so as to increase the amount of installed capacity in the Baltic Sea from 2.8 GW today to 19.6 GW in 2030.

The panelists agreed that the industry is already growing extremely fast, but in order to maintain this momentum, stable legal rules are needed, which at the same time must adapt to the dynamic reality.

Poland already has an offshore development plan, there is an Offshore Wind Act, regulations, and a support system that has received EC approval, but many areas need to be supplemented or improved right now.

The rules developed several months ago for the first-phase projects need to be modified, as the economic situation and the market have clearly changed, for example due to high inflation and increases in component prices or geopolitical factors.

– We are struggling with large queues, as well as lack of availability of raw materials; a drop in the value of zloty and deterioration of project financing require action and must take the form of a bill that will amend the Offshore Wind Act, said Roksana Szymalska – Deputy Director of Regulatory Affairs at Equinor Polska. 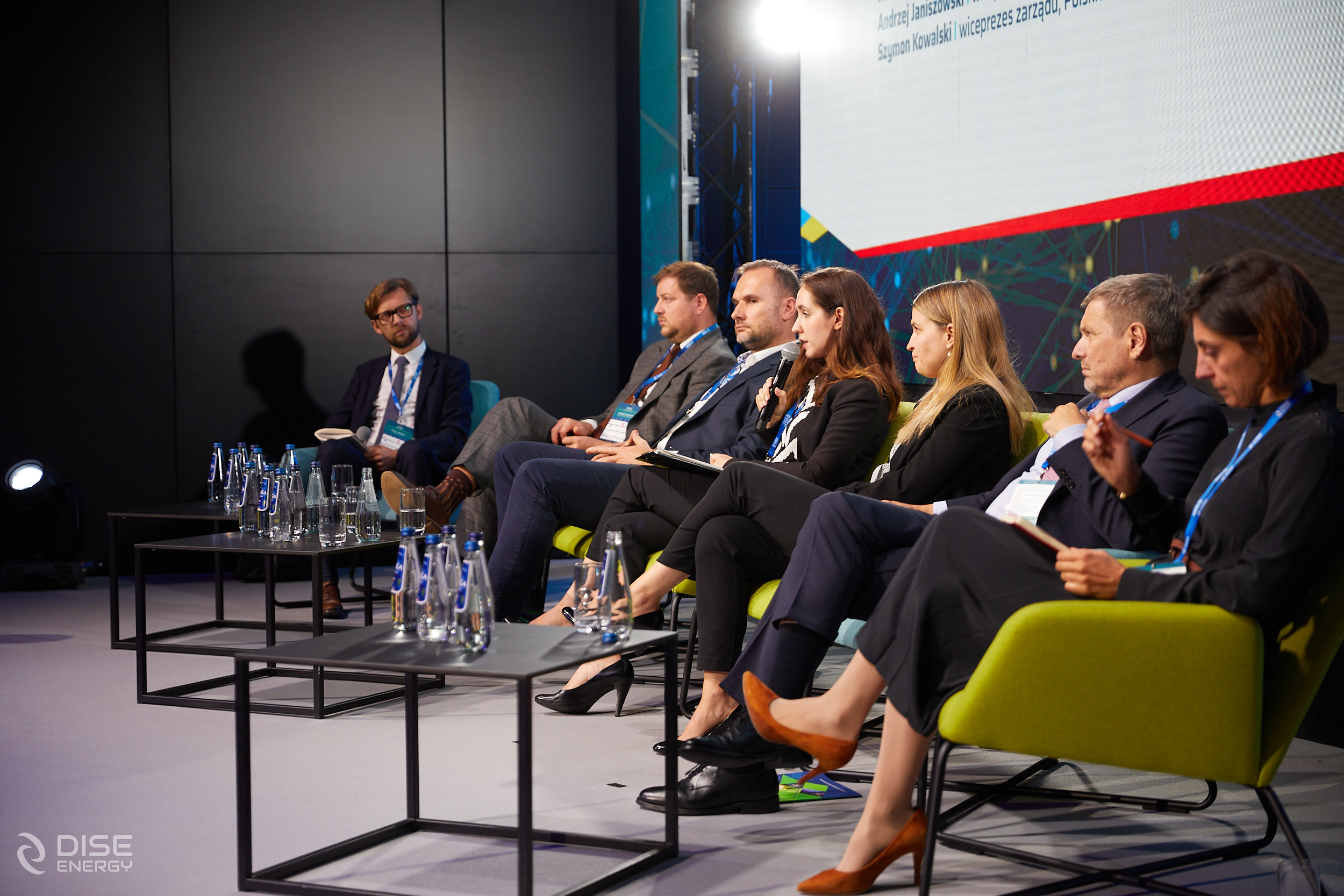 The development of the offshore market is a long-term investment, so it is important to have clear information on the goals and means of implementation – It is worth paying attention to this in the context of the need to open more areas where it will be possible to apply for permission to build artificial islands, the so-called third phase of offshore market development, said in turn Zofia Romanowska – Head of Regulatory Affairs at Ørsted Poland.

The participants also pointed out the importance of technical requirements and standards imposed on projects, which directly translates into costs and timeliness of delivery of projects.

An example is the license for electricity generated from offshore wind farms, which applies to both the onshore and offshore parts, while globally certification usually applies only to the offshore part.

Another matter is good cooperation with the administration.

– We feel that the remedy for this situation is an open, transparent dialogue with the administration, said Zofia Romanowska. – Such a dialogue could take the form of an energy roundtable, where industry representatives would regularly meet with politicians to discuss current challenges, she added.

The debaters also drew attention to the need to use the potential of partner synergies in the second phase of the Polish offshore program, which is a global practice. We already have examples of such cooperation between an energy group in the process of energy transition and a global leader with experience in building offshore wind farms. An example of this is ZE PAK, an energy group, so far producing energy mainly from lignite coal.

-Offshore is a natural path for any company moving toward energy transformation, said Andrzej Janiszowski – Vice President of the Management Board of ZE PAK.

The panelists also stressed the industry’s ongoing need for skilled workforce. In their view, the transformation can also be an opportunity for the employees themselves.

-We organized a training center for workers to build photovoltaic installations. Today, we have about a dozen teams made up of former miners who worked at an open mine that we had to close and wanted to offer them the opportunity to change specializations. These are great professionals, people praise them highly, they are disciplined and resourceful, said Andrzej Janiszowski.

The participants agreed on the issue of financing. While state inputs are needed at the beginning, in the first phase, private investors are necessary later on.

-Especially at the beginning, the state or public financing plays a big role. Over time, as the industry develops, the private sector becomes increasingly important. Today in Denmark, it’s a mix of public and private financing, said Ole Toft, the Ambassador of Denmark, a pioneer in offshore wind energy.

-Offshore is such a complex project that it seems that, as a country, we can’t handle this investment on our own and we need foreign capital. It’s good if this capital knows their stuff, i.e. how to invest so that it’s effective, said Szymon Kowalski – Vice President of the Management Board, Polish Wind Energy Association.

An honest dialogue and partnership in projects is an important part of the offshore wind industry.

-We are a regulated sector and without cooperation with the administration we will not be able to realize our full potential, Agata Staniewska-Bolesta summed up the panel.

Experts in the discussion also agreed that at today’s stage, when the technology itself is developed, and thanks to various support mechanisms, it is worthwhile to increase investments in network infrastructure.

-An important challenge will be to connect offshore wind farms and share the energy produced. Of course the farms in the Baltic will be the heart of the Polish energy industry, but in order for the energy to flow to our sockets, investments in the power grid are necessary, concluded Paweł Wróbel.

Posted by
Justyna Koć
This author has not yet filled in any details.
So far the author has created 12 blog entries.