The State Shared Service Centre (Riigi Tugiteenuste Keskus, RTK) has issued a tender for a service including a preliminary spatial analysis to determine the feasibility of planning offshore wind farms in the Hiiu region.

The Baltic News Service (BNS) reports of the tender. The analysis will be performed for the Ministry of Finance of Estonia. The survey is to be carried out on the basis of existing data “to determine whether it is generally possible to plan the location of wind turbines and their connections in the Hiiu maritime area as part of the spatial planning process in accordance with the law”, the announcement accessed by BNS indicated. The cost of the order is 70 000 Euro.

A legal analysis will also be conducted to inform the planning process. Interested providers of the service can submit bids until June 17.

On May 12, the Estonian government adopted the maritime spatial plan, which will form the basis for the future organization of maritime activities. The plan regulates activities in various sectors, sets rules for sharing and opens up prospects for new uses of the sea. At the same time, the previously adopted plans for the Pärnu and Hiiu maritime areas will remain in force, the Estonian Finance Ministry reports.

“This is the first time we have conducted such an extensive and comprehensive marine spatial planning effort. All stakeholders, from developers to conservationists and from fishermen to diving enthusiasts, have been involved to the maximum extent possible”, said Katri-Liis Ennok, Director of the Planning Department at the Ministry of Finance. 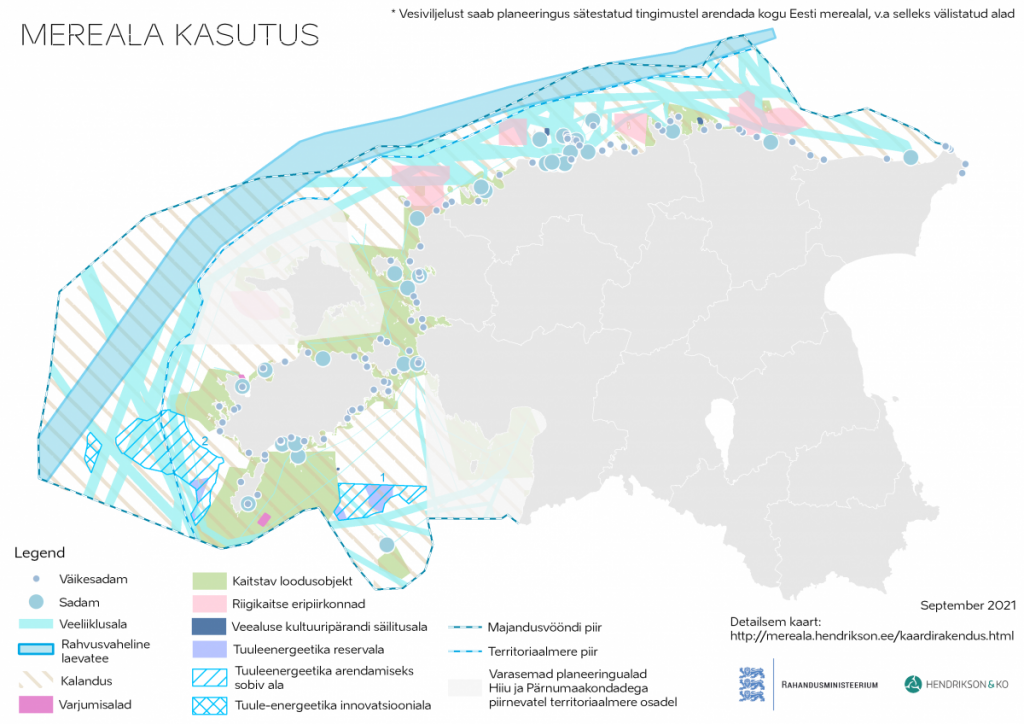 Source: Ministry of Finance of the Republic of Estonia

The establishment of an Estonian Maritime Spatial Plan is also an aim of the Estonian government’s agenda. Under the Planning Act, the plan is reviewed every five years and its timeliness and soundness is reported to the government.