The Nordic Hydrogen Route in the Gulf of Bothnia region will be developed. Wind turbines play an important role

Two Nordic entities – Gasgrid Finland and Nordion Energi – will launch the Nordic Hydrogen Route, the first large-scale cross-border hydrogen network in Europe. The companies are looking to develop pipeline networks that would transport the energy carrier from producers to consumers. Wind energy – onshore and offshore – will play an important role. Wind turbines will provide the energy to produce green hydrogen.

It is estimated that the Gulf of Bothnia region’s hydrogen demand will exceed 30 TWh by 2030 and will be around 65 TWh by 2050. Most of this hydrogen will be produced using onshore and offshore wind turbines that will start appearing in the region. A total wind capacity of 25 GW would be needed.

With the hydrogen market scheduled to open up by 2030, Gasgrid Finland and Nordion Energi have announced the launch of the Nordic Hydrogen Route project. The initiative aims to support Europe’s decarbonization, economic development, and energy independence. 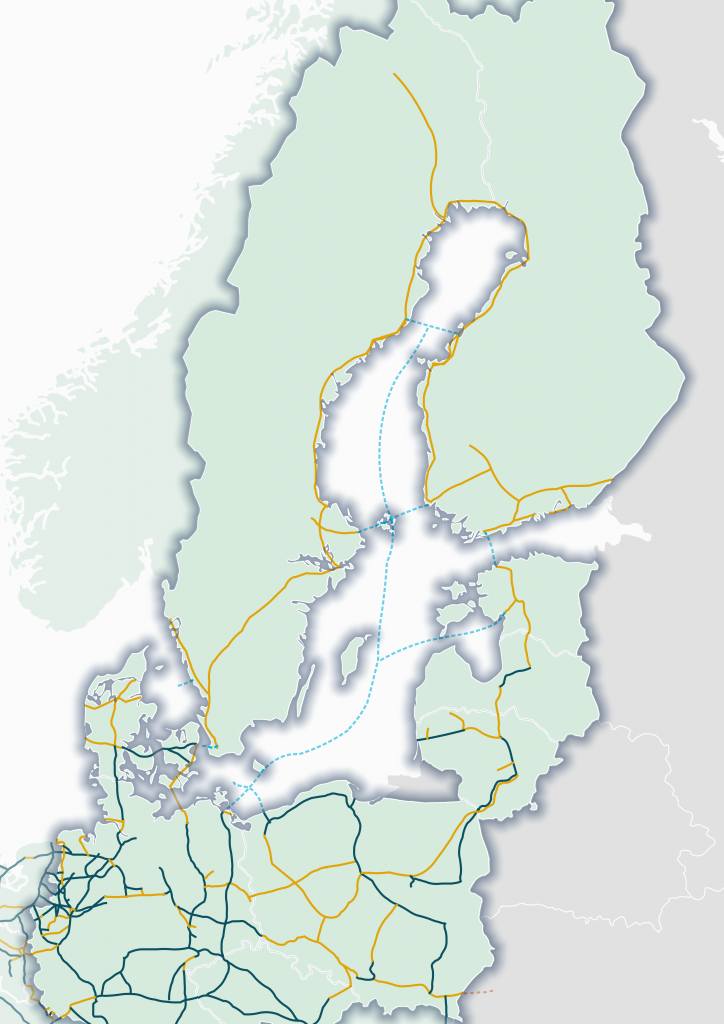 Companies are looking to develop pipeline networks that would efficiently transport energy from producers to consumers. An integrated energy infrastructure would connect customers across the region, from hydrogen and e-fuel producers to steelmakers, looking to create new value chains, and products, as well as decarbonize the company’s operations.

The Nordic Hydrogen Route will connect hydrogen production sites with locations of high demand along the coast of the Gulf of Bothnia by pipeline, with main branches to Gällivare or Kiruna. The infrastructure is expected to be operational by 2030, with a target length of approx. 1000 km. The concept will be developed together with stakeholders across the value chain.

The total investment in the pre-dispatch system, including expected funds needed for new pipelines and related systems, is expected to be EUR 3.5 billion (SEK 35 billion). The expected cost of hydrogen transportation is expected to be in the range of 0.20-0.35 €/kg H2 (2.1-3.6 SEK/kg H2).