The Danish Energy Agency (Energistyrelsen) announces that they have received applications for further investments in new offshore wind farm projects in Denmark.

The Danish Energy Agency has noted strong interest in establishing new offshore wind farms in Denmark. Since April 2022 alone, they have received 15 new requests for feasibility studies for new projects. 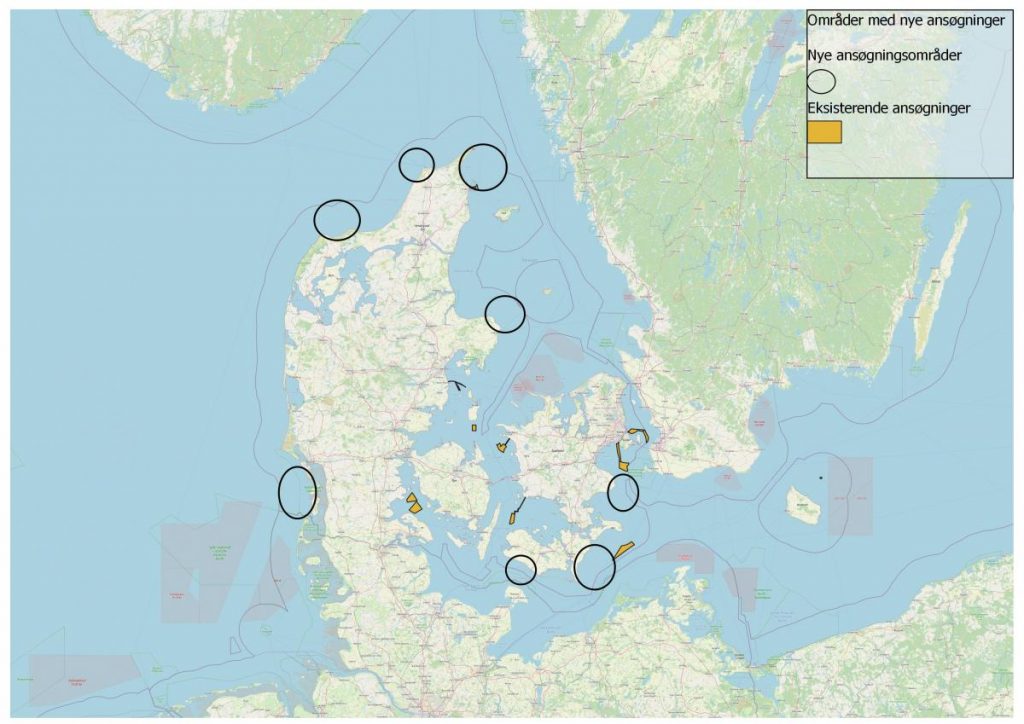 The Danish authority has preliminarily reviewed the new applications, with the exception of the latter, received in early June 2022. The audit revealed that the applications contained deficiencies and the applicants were asked to provide additional information. Following receipt of additional information, the permit application for a feasibility study for an offshore wind farm in Hanstholm harbour has been sent out for public consultation

The Danish Energy Agency publishes an overview of areas where new applications for offshore wind projects can be submitted.

“If more than one applicant applies for a permit for the same area, the permit will be granted to the first applicant to submit an application demonstrating that the conditions are met”, reports the Danish Energy Agency.

As the release reads, if the application process results in the granting of a feasibility study permit, it does not mean that approval has been granted to install offshore wind turbines at the site, only that the studies necessary for the project can be conducted.